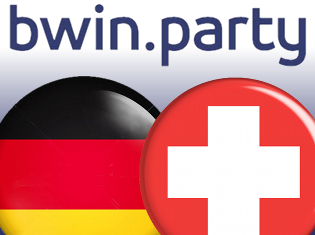 Groundhog Day has come early in Germany, where the 41 hopefuls vying for the country’s 20 federal sports betting licenses have received fresh instructions on how to fill out the application forms. Germany began the process of selecting its lucky 20 sports betting licensees shortly after it passed its interstate gambling treaty in mid-2012, but last November the Interior Ministry announced that not one of the applicants had successfully met the qualifications for licensing.

The authorities in Hesse have now issued individual letters to each applicant, pointing out the instances of undotted I’s and uncrossed T’s and requesting further information necessary for the regulators to make their decision. Applicants have been given until March 14 to resubmit their forms. At least one unidentified operator groused to eGaming Review that they hoped this latest go-round would be “more professional” than previous efforts.

Regardless of how much of that fabled Teutonic efficiency is on display this time around, the Ministry will require a few months to process the new applications before making any announcement, which will be followed by a required 15-day standstill period. Operators who fail to make the cut may further gum up the works via legal actions protesting their rejection, making it a virtual lock that no operator will be accepting legal German sports bets until the second half of the year at the earliest.

ANOTHER SWISS MISS FOR BWIN.PARTY?
Meanwhile, one of the German betting hopefuls is coming under renewed criticism over the border in Switzerland. Last June, the country’s State Secretariat for Economic Affairs (SECO) called out several online gambling sites it claimed were engaging in “misleading” use of national icons such as the country’s coat of arms to imply some sort of state blessing on their operations. Singled out for particular derision was SCasino.com, which is operated by a subsidiary of Gibraltar-licensed operator Bwin.party digital entertainment.

SCasino has since removed the offending iconography, but SECO issued a fresh warning on Monday regarding what it believes to be another Bwin-backed site, onlinecasinoschweiz24.ch – along with Belize-based Virtual Casino Services Inc’s casino-zuerich.com and the unknown operators behind swisscasinoonline.eu. SECO said the sites’ use of the Swiss flag and the geographical terms ‘Schweiz’, ‘Swiss’ and ‘Zuerich’ were intended to “create the impression that the gambling games offered on the websites originate from Switzerland.”

In fact, the sites “have never been approved by the Swiss Federal Gaming Board” because online gambling remains illegal in Switzerland. SECO said the sites in questions are guilty of “violations of both the Federal Act against Unfair Competition and the Federal Act on the Protection of the Swiss Coat of Arms.”