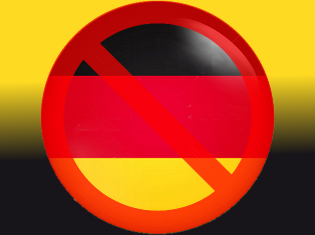 Germany’s reputation for bureaucratic efficiency took a hit this week with the news that it wasn’t yet ready to hand out any sports betting licenses and wouldn’t be ready to do so until next year. Germany passed its new federal interstate gambling treaty last summer, and 41 eager operators duly filed applications to receive one of the 20 sports betting licenses allowed under the treaty. This spring, slightly less than half of these operators were called in for interviews with the federal gambling regulator, leading prognosticators to speculate that the names of winners were due any moment.

It now appears that this was all a giant tease, as word went out this week that none of the 41 applicants’ presentations was considered guht enough to meet the Interior Ministry’s minimum requirements for licensing. The operators have been informed that more guidance will be issued early in the new year as to what further information is required, and the operators will have three months in which to resubmit their revised applications. Beyond that, no concrete timetable for the actual issuing of licenses has been provided, making it entirely possible that no operator will be legally taking sports bets in Germany until 2015.

In Bwin.party‘s most recent trading update, the company referenced its biggest market by stating that “the current status quo seems the most likely outcome over the coming months.” Frankly, the idea that not one single operator managed to clear Germany’s regulatory hurdle suggests that some of the questions on the application include “I’m thinking of a number between one and one billion: what is it?” Or maybe “what is the air speed velocity of an unladen swallow?”