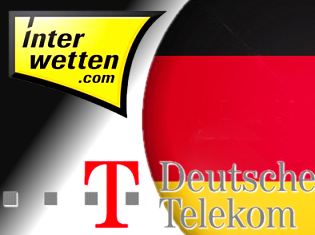 Austrian online gambling operator Interwetten reported a 9% rise in revenue to €19.7m over the first six months of 2013, while profits rose to €2.2m from €1m over the same period last year. The Malta-licensed firm credited the gains to a surge in live betting as well as new software and CRM programs. The Q1 launch of a new mobile casino app helped double Interwetten’s H1 mobile revenues, and mobile’s share of overall sports bets increased to 40%.

Looking ahead, the company is hoping to launch revamped interwetten.com and iwcasino.com sites earlier in the new year. CEO Werner Becher declared himself “very pleased” with the H1 results, which he said had been achieved despite “most challenging market conditions.”

Chief among those market challenges were Interwetten’s forced exit from Greece and the new 5% turnover tax in Germany. In December, Interwetten was issued an online sports betting license in the northern state of Schleswig-Holstein, one of a raft of online gambling licenses S-H issued to Bwin.party, Betfair, Bet365, PokerStars, 888 and a host of others.

But following a change in the state government last summer, S-H announced in January that it would join the other German states in signing on to the new federal State Treaty on gambling, the legality of which is scheduled to be debated at the European Court of Justice. Unlike the S-H full range of online options taxed at 20% of gross profits, Germany’s federal treaty envisions the awarding of a maximum of 20 licenses for sports betting only with the aforementioned 5% tax on turnover.

However, neither punitive tax rates nor ongoing confusion over the validity of competing German gambling laws was enough to dissuade telecommunications giant Deutsche Telekom (DT) from applying for a German sports betting license. On Friday, a DT spokesman confirmed to Reuters that it had submitted a license application, which was currently under review by the Interior Ministry in the state of Hesse. The spokesman stressed that the application process was still at a very early stage, and that it was “not yet certain whether that will turn into an operating business.”