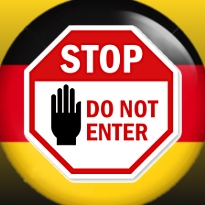 Is Schleswig-Holstein a Germanic term for ‘New Jersey?’ Both S-H and NJ are facing a jam-packed January at the intersection of gambling and the law. On Jan. 20, New Jersey is supposed to (a) get a new date for oral arguments on the constitutionality of the PASPA sports betting prohibition and (b) learn whether the federal government intends to inject itself into the court case. Gov. Chris Christie may also sign the state’s online gambling legislation in January rather than leave it until the Feb. 3 deadline.

In Germany, S-H legislators are scheduled to vote on repealing the previous administration’s Gambling Act on Jan. 7, which would pave the way for S-H to join the other German states in signing on to the sportsbetting-only German Interstate Treaty – the legality of which is to be determined by the Federal Court on Jan. 24. But all of the above was dramatically complicated the week before Christmas, when S-H gaming regulators issued online poker and casino licenses to 12 companies including PokerStars, Bwin.party, Bet365 and Ladbrokes.

The operators were obviously ecstatic over the early Christmas present, with PokerStars’ head of business development Guy Templar saying S-H had “demonstrated its understanding of German players’ needs and the prevailing market reality.” But Mybet CEO Mathias Dahms went a little overboard with his enthusiasm, telling local media outlet Kieler Nachrichten it was his company’s understanding “that we can use the license immediately for all of Germany.” That prompted a swift rebuke from S-H’s Ministry of the Interior, which sent Dahms a strongly worded letter clarifying that the license only allowed operators to service players “resident or ordinarily resident” in S-H, and any attempt to offer services to the rest of Germany could result in the license being revoked.

Shortly before these licenses were issued, S-H Prime Minister Torsten Albig told Deutsche Presse-Agentur that he was powerless to intervene. “I would prefer the old law not to apply, but I have to do it because it’s there. I cannot just not apply the law because it does not suit me.” Interior Minister Andreas Breitner stated that the 12 operators had met the licensing requirements and therefore issuing the licenses “was not subject to discretion,” but Breitner also said S-H would proceed with its plan to sign on to the federal treaty.

The competing treaties of S-H and the federal government had already drawn the ire of the European Commission, but the issuing of the licenses has created a legal incoherence within Germany that DLA Piper analysts believe “can’t be made compatible.” Munich attorney Frieder Backu told GamblingCompliance the “probability that the S-H system can survive now has increased substantially.” There are currently 18 more online casino and poker applications sitting on S-H regulators desks awaiting approval.