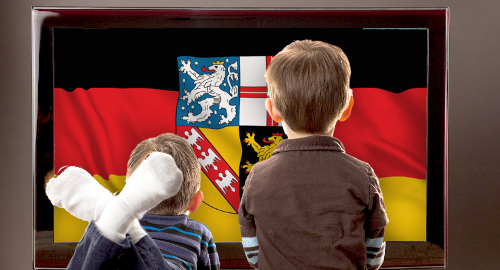 Two online casino providers licensed by the German state of Schleswig-Holstein have been ordered to stop advertising their services in the state of Saarland.

On Wednesday, the Saarland’s media regulator Landesmedienanstalt (LMS) announced that it had instructed “two market-strong providers of online casino games with a license from the state of Schleswig-Holstein” to stop promoting their products on Saarland television channels. The announcement didn’t identify the offenders by name.

Way back in 2012, Schleswig-Holstein issued online casino, poker and sports betting licenses to a number of domestic and foreign gambling operators. At the time, Germany’s 15 other states supported a federal plan that permitted only online sports betting, leading to legal jostling over whether gamblers in these other states could access Schleswig-Holstein’s online casinos.

Schleswig-Holstein renewed its online casino licenses a year ago, and the LMS noted that the state had initially “guaranteed the limitation of advertising” for its online casinos. “In practice, from the LMS point of view, this limitation is no longer noticeable.”

The LMS claims online casino ads appear in “a far too large number of private TV programs,” including during time-windows in which large numbers of children and adolescents “are particularly vulnerable.” LMS director Ruth Meyer, who assumed her role on May 1, said her organization had little recourse but to intervene.

It’s unclear what kind of bite the LMS might be able to add to its bark, as this isn’t the first time the regulator has raised this subject. Last September, Meyer’s predecessor Uwe Conradt complained that Schleswig-Holstein’s online casinos had “massively endangered” the fight against problem gambling across Germany.

Like Meyter, Conradt claimed to have received reassurances from Schleswig-Holstein officials that online casino ads would only be run on regional TV, not national broadcasts. Yet here we are.

Earlier this year, all 16 states finally agreed on a new federal treaty that will permit a wide range of online products, albeit with strict limits on slots stakes and in-play sports betting, amongst other restrictions that many German-facing operators believe will sandbag the regulated market before it gets going.

This latest plan hit a legal speedbump in April when an Austrian bookmaker convinced a court that Germany’s online licensing process lacked transparency. Officials in the state of Hesse, which is responsible for overseeing the licensing process, insist that this hitch won’t undo their timetable of launching the regulated online market by July 1, 2021. Then again, they also instructed license applicants to shut their German-facing online casinos, and look how that turned out.