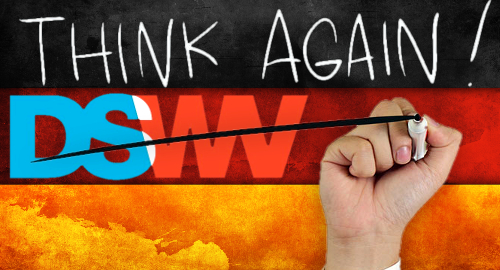 On Tuesday, the German Sports Betting Association (DSWV) issued a statement urging the 16 German state governments to ‘increase the attractiveness’ of their proposed new federal gambling treaty, which aims to finally authorize online casino and poker products if/when it takes effect on July 1, 2021.

DSWV president Mathias Dahms said the draft treaty was “a first step towards modern, market-compliant gaming regulation” but the treaty also features “structural undesirable developments … which will pose challenges for future gaming regulations.” Dahms warned that “a rigid set of rules … will neither help player protection nor lead to squeezing the black market.”

Speaking of, Dahms said the German government’s requirement for its current crop of prospective sports betting licensees to switch off their online casino products until the new law is approved will only encourage customers to seek out black-market alternatives.

The DSWV believes it would make more sense to “seamlessly transfer the existing offers into the current regulatory system,” thereby ensuring that customers will patronize “certified and reliable sports betting providers.”

German authorities don’t appear all that interested in what operators want, having recently sent another warning to the nation’s bankers regarding processing payments for internationally licensed online gambling operators or domestic operators offering currently forbidden fruit.

Meanwhile, Germany’s Federal Ministry of Finance announced earlier this month that German sports bettors wagered a total of €9.3b with local providers in 2019. That represents a 21% rise over 2018’s total, which got a wind-assist from that year’s FIFA World Cup. The government reportedly collected around half a billion euros in betting taxes last year.

Germany’s gambling market was clearly in a growth spurt last year, as the nation’s brick-and-mortar casino operators reported that their 2019 gaming revenue was up 25.6% year-on-year to €860.2m as customer visitation grew 13.2%.

Now, back to that treaty rethink…