Germany’s land-based casinos saw their gaming revenue jump by more than one-quarter in 2019, hitting heights the market hasn’t seen in over a decade. 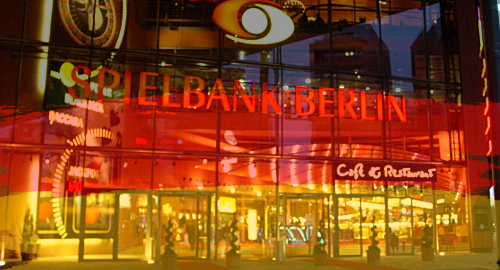 Figures released this week by the Deutscher Spielbankenverband (German casino association) show the country’s brick-and-mortar casino operators generated gross gaming revenue of €860.2m in 2019, a 25.6% improvement over 2018’s result. The casinos also enjoyed a serious spike in visitation, with 6.4m customers walking through their doors last year, up 13.2% from 2018.

Slot machines continued their dominance of the German casino market, with last year’s slots revenue jumping 32% to just over €700m, while table games enjoyed a more modest rise of 4.1% to slightly more than €160m.

The casino association’s CEO Otto Wulferding said 2019’s results showed that the country’s land-based industry had “finally bottomed out” and gotten back close to a level it hadn’t seen since 2007, when the market’s annual revenue and visitation peaked at €923m and 8.9m, respectively.

That peak came in the last year before the global economic meltdown kicked off and thoroughly depressed casino-goers’ discretionary income. Germany’s problem is anything but unique; Nevada casinos have also yet to regain their pre-recession form.

Despite 2019’s surge, Wulferding continued to rage against the “illegal online game providers” that German casinos also blame for their decade-plus revenue slump. Wulferding’s comments came just one day before German’s 16 states reportedly agreed to drop their prohibition against online casino and poker products by mid-2021.

Wulferding suggested that his group’s members would be very interested in joining a legal online casino market. Wulferding said he assumed that German casino “competence must extend into the digital world” when regulators start issuing online gambling licenses.