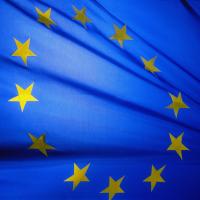 A tug-of-war is continuing in the Northern German state of Schleswig-Holstein with three more sports betting licences issued by the state’s interior ministry. Sportingbet subsidiary Spread Your Wings, JAXX and Malta’s Primebet are the lucky to get the go ahead and it means there are now 18 operators licensed in the Northern state. Even with these latest licences the waters remain extremely muddied in S-H. Last week saw the state’s government signal its intention to adopt the German State Treaty on gambling and eventually abandon their own regime. This hasn’t stopped licences being handed over as if they’re going out of fashion and the next date to put in the diary is Jan. 24 when the German Federal Court will decide whether the State Treaty is legal. That’s when it’ll get really interesting.

Spain is readying itself for an exodus with a number of firms set to wave adios to the country’s regulated poker market. eGR report that companies on Microgaming and Ongame’s local networks are considering the move due to the market being “a catastophe” as it’s just not profitable for many of the firms involved. Goalwin, one of those thought to be considering packing the country in, said they have spoken to lawyers and will begin the rescinding process “within the next few months”. There are also big problems with liquidity.

Finnish operator Paf is another that is “constantly evaluating” its operations in the country and Herbert Paradis, their head of poker, added: “We want a poker product in Spain but at some point you have to say ‘there is not going to be enough liquidity’.”

In the United Kingdom, the government wants the Gambling Commission to continue consulting with both operators and regulators in its response to the 2012 report into gambling. The response stated that companies need to be “encouraged” to accept the new regulations and that a “grey market” shouldn’t be allowed to develop. The timetable identified last year remains the same with the point of consumption tax set to be introduced by December 2014. The government also stated the Treasury “still needs to work with industry stakeholders to establish a correct level of online gambling taxation”.

Full Tilt Poker is name-checked in the government’s response as “an unfortunate episode” and in light of this they recommend the Gambling Commission consults with the industry to ask what the best form of “ring-fencing” would be to protect player accounts. They also suggest a “kite-marking system” to inform players which sites are regulated in the UK so as to protect consumers from any foul play.

There’s still some way to go until the new regulations are adopted and we can expect plenty of discussion back-and-forth before then.