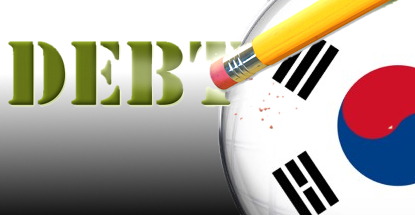 A recent court ruling in South Korea could have serious ramifications for would-be junket operators seeking to do business in the country. South Korea currently has 17 casinos, but South Koreans are only allowed entry into one, Kangwon Land, which, despite being located in a largely inaccessible rural area, earns more revenue than the other 16 foreigners-only casinos combined.

This week, the Seoul Central District Court rejected a moneylender’s pursuit of a KRW 11m (US $10.6k) loan made to a Kangwon Land gambler in 2012. The loan was supposed to be repaid within a 10-day period at 10% interest. But Judge Shim Chang-seop said the plaintiff lent the money with the knowledge that it was to be used for gambling, which the judge said ran counter to moral standards and social ethics. The Korea Times quoted the judge saying “money purposely given for gambling need not be repaid.” It’s unknown whether the plaintiff plans to appeal.

PROVINCES WANT IN ON THE CASINO ACTION, BUT PROSPECTS ARE SLIM
The recent flurry of international firms announcing casino projects in South Korea has the country’s regional politicians falling over themselves to attract business to their local fiefdoms. The past two months has seen Genting Singapore and Caesars Entertainment announce resort casino projects on Jeju Island and Yeongjong Island respectively and this has prompted provincial governments to roll out the welcome mat for anyone even remotely resembling a casino executive.

The Korea Times reported having conversations with officials from five provinces all keen to get in on the casino action. An official in North Jeolia province wants to put a casino on what is currently a landfill, while an official in South Jeolia played up the coastal proximity to China as a selling point. An official in Busan City wants to turn its Dongbusan landfill into a casino zone, and officials in Gyeonggi province want to attach a casino to their long-stalled Universal Studios resort plan.

However, Korean Leisure Industry Institute president Seo Chun-beom doubts that the Universal Studios plan stands a chance of attracting the necessary hordes of Chinese tourists, given that Shanghai is set to open its Disneyland resort in 2015. In fact, Seo doubted that any casino outside Incheon, Jeju or Busan has any hope of attracting the necessary crop of foreign gamblers necessary to make any large scale Korean resort casino a success.

GRAND KOREA LEISURE’S VANISHING VIPs
Even casinos in those aforementioned regions are having problems. Grand Korea Leisure (GKL), which operates two Seven Luck casinos in Seoul and one in Busan, reported a drop in profits in Q4 2013 due to a dwindling supply of high-rollers from China and Japan. The ranks of Chinese VIPs entering GKL’s casinos fell 2% — despite GKL doubling its Chinese VIP marketing staff last February – while Japanese whales were down 4%, creating a 13% decline in table turnover to KRW 932b ($893m). This was offset by a higher than normal win rate (15.2%), resulting in a 4% revenue bump to KRW 142b ($137.3m), but increased costs and taxes pushed the bottom line down 11% to KRW 26b ($25.1m).