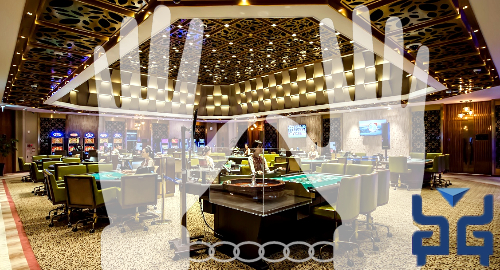 A South Korean casino heist appears to be falling apart following the recovery of most of the stolen cash and the arrest of one suspected thief.

On Wednesday, authorities on the South Korean holiday island of Jeju announced the arrest of an unidentified 30-something Korean male. The suspect is believed to have played a role in the recent theft of KRW14.5b (US$13.4M) in cash from several VIP gaming room safes at Landing International Development’s Jeju Shinhwa World resort casino.

The Yonhap news agency said police are keeping details quiet for the time being, except to say that the arrested individual is “an employee of an agent company that attracts and manages casino customers.” Police said the man was not a casino staffer, meaning the suspect likely works for one of the Jeju casino’s junket partners.

Police remain on the lookout for the alleged ringleader, a 55-year-old Malaysian female casino executive who failed to return to work after her holidays. On January 4, Landing reported the absence of the purloined cash and the fact that the female staffer appeared to have wiped surveillance video before heading off on vacation late last year.

Police subsequently reported that the female and two suspected male accomplices – the other being a Chinese national – would have had difficulty moving the cash, which consisted of over 600lb worth of KRW50 notes, making it more than likely that the cash was still in the country somewhere.

Sure enough, police announced last week that they had located KRW8.1b in cash inside a VIP room safe at the casino. It’s unclear why Landing had been unable to locate this cash before contacting the police regarding the theft. Police recovered an additional KRW4b from the Malaysian woman’s domestic quarters, leaving only about KRW2.4b remaining to be found.

Both the Malaysian woman and her Chinese accomplice are believed to have fled South Korea. Police have yet to rule out the possibility that the felonious trio may have had additional accomplices, and are reportedly scouring the surviving security footage for signs of suspected skullduggery.