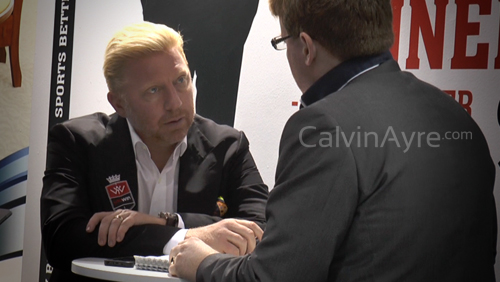 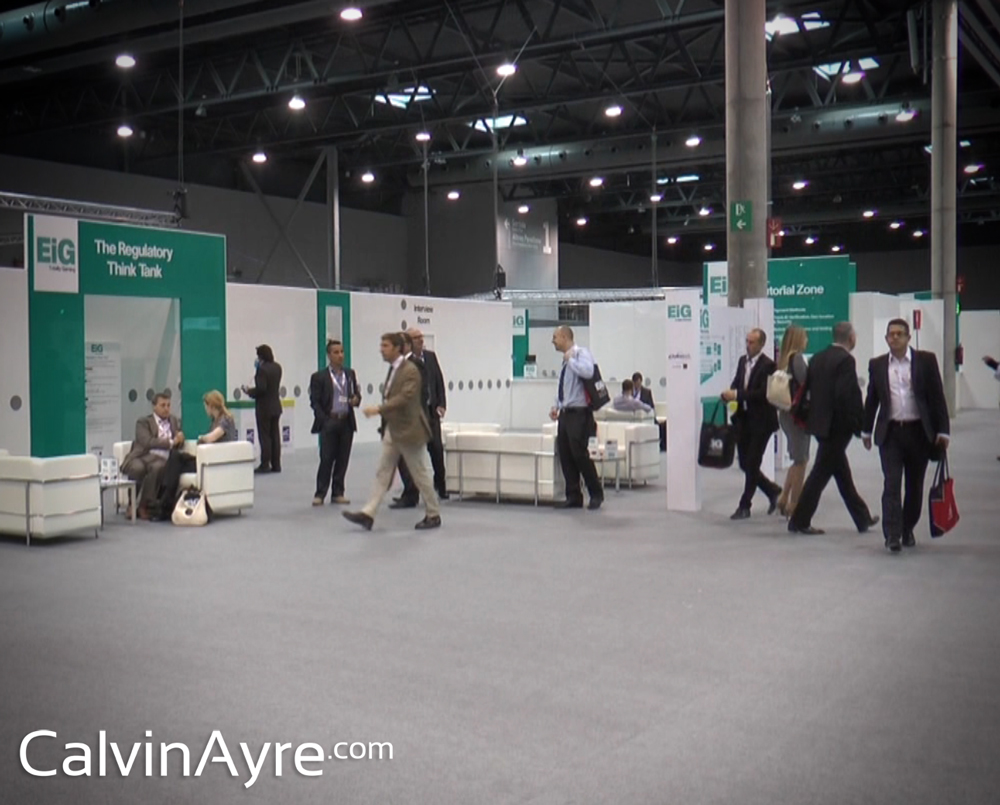 The European iGaming Congress (EiG) kicked off today in Barcelona, an event that has rightfully established itself as the largest b2b online gambling event in Europe after many years of success. (checkout EiG Day 2 Recap here)

There have been some big changes between this year and last year’s EiG that was held in the same venue, all very positive from our eyes and from the eyes of the delegates thus far.  Clarion’s marketing of these changes prior to the event has paid off as well seeing as there is a 30% increase in attendance from last year.

These changes are a direct result from delegate feedback, including details such as setting up the EiG entrance at the “Sud” side of the expo center which is much closer to the conference hotels, a more organized registration process, a whole new look and feel to the EiG branding and a number of new workshops and session structures that we have never seen before.

Today’s keynote speech was expertly delivered by the American Gaming Association (AGA)’s new President, Geoff Freeman.  Freeman’s main message to the audience was that the AGA is looking for cooperation and partnership with all gambling companies- online and offline- and that he wants the AGA to get more involved in general.  “If the industry is dealing with issues on the state level, we need to be there.  If there are issues outside the US, we need to be there”, he said to delegates.

Freeman has just completed his first one hundred days of leadership at the AGA and admits that he still has a lot to learn about the online gaming industry in particular, but that he’s eager to learn.

When it comes to regulation of the online gambling industry, Freeman said AGA is not anti-regulation, but they are anti things that prevent the industry from being efficient and innovating.  The limitations that regulation can impose on innovation is a difficult one, with Freeman acknowledging that regulators won’t necessarily allow online gambling companies to give consumers the product that consumers are looking for, or even that they are used to in some circumstances.  In order to manage this situation, Freeman and the AGA will work to convince regulators that gambling is a mainstream business- “AGA is going to move the perception from ‘guilty pleasure’ to ‘mainstream business’”, he said.

Another interesting point brought up by Freeman is that our industry needs to understand the next generation of gamer.  He pointed out that two thirds of the revenue on the Las Vegas strip comes from non-gaming businesses such as clubs and shops, a sign that the gambling options offered on the strip don’t offer the kind of social interaction that the younger generation wants.  “We have to figure out how to reach the younger generation”, Freeman said, a similar point to what John Acres told CalvinAyre.com at the iGaming SUPER Show in June, 2013.

Sessions throughout the afternoon we led by a number of CEOs in the online gambling industry, including Mikael Pawlo, CEO of Mr. Green & Co.  Pawlo spoke to the audience on “disruptive innovation” and how innovation is in the DNA of start up companies, but that the more established companies need to find a piece of that DNA to survive in the long run.

Pawlo also touched on mobile usage and how it will eventually take over desktop, a trend that our industry can already see from data collection.  There is a lot of room for improvement in our industry’s mobile offering, he pointed out, specifically citing the stat that 74% of mobile users will wait less than five seconds for a site to load but that 77% of mobile gaming companies still have sites that take more than five seconds to load.

Further on the topic of innovation, today’s CEO debate focused regulation and if it can actually stifle innovation.  No clear-cut answer was obvious to the audience, but Malcolm Graham of PKR said that despite regulation, the industry has done a good job of innovating from a product level, but not so much from a CRM level.  The issue of online gambling regulation and potential high tax in the US market was brought up and Graham’s response was that “taxes won’t be that relevant to innovation in the US as the innovation has already been rolled out elsewhere”.

Day one also featured an appearance from tennis pro Boris Becker, Youwin.com’s new Brand Ambassador.  Becker was available for pictures, autographs, interviews and a general meet ‘n greet for his fans- the absolute highlight of the day.  YouWin.com’s John Faley was an excellent host and told CalvinAyre.com, “EiG is a very special vent and YouWin thought there was no better way to contribute to the show by having Boris Becker, a champion and tennis legend, to open the show.  Youwin.com would like to wish all delegates a very prosperous time here at EiG over the next few days”.