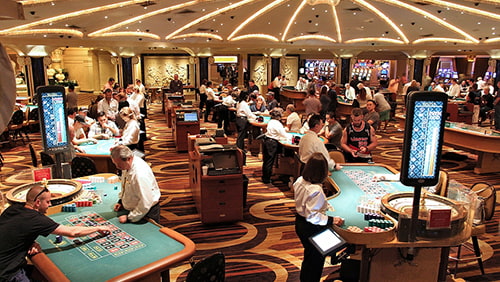 The American Gaming Association (AGA) continues to show how important the commercial casino industry is to the US economy. Despite continued efforts to bring about the demise of gambling, opponents are fighting a losing battle, and one that, if they were to succeed, would cost irreparable harm to the US economy. According to the latest figures out of the AGA, commercial casinos took in $9 billion in the third quarter of the year, much of which goes to education programs and state and local government initiatives.

The figure provided by the AGA is substantial, but it is still 18.9% less than what was provided a year earlier. Slot machine activity, as has come to be expected, was responsible for $5.87 billion of the action, while table games took in $1.57 billion. Internet gambling accounted for $435 million, a figure that is going to increase substantially soon. The results include just commercial casinos and gambling facilities, of which there were 442 open during the quarter. It’s worth noting that all of the venues were operating at reduced capacities that ranged anywhere from 15-50%, depending on local policies.

The good news about the results is that they represent a quarter-over-quarter increase of 294%, with the second quarter of the year suffering greatly because of COVID-19. The bad news, however, is that casino win is still down 36.5% across the first three quarters of the year. As several states have just introduced new anti-coronavirus rules due to a return of the virus, the figure is likely to move slightly down before the end of the year.

In terms of gaming revenue, Nevada is still the reigning champion. Its casinos reported combined gross gaming revenue (GGR) of $576.3 million in the second quarter, which was just 20% of what they saw a year earlier, but this number jumped to $2.3 billion in the third quarter. That represents a loss of 23.5% from a year earlier, but it is indicative of the potential, and value, of the Silver State’s gambling market.

Following Nevada, Pennsylvania had a productive quarter, reporting GGR of $893.1 million, which was only 3.8% less than it was in the third quarter of 2019. That was made possible, in large part, to the presence of online gambling, which also helped New Jersey. The Garden State was able to stay afloat because of its online and mobile gambling options. The state’s third-quarter revenue was just over $914 million, a decline of 7.7% from last year.

All of the states with some type of gambling options reported declines that ranged from 2.3% to as much as 25% – Louisiana’s casino industry was hit the hardest because of COVID-19 and a string of bad weather that continuously forced the state’s casinos to close. However, there is one area that continues to shine greater than the rest and which will make a bigger appearance in the US over the next couple of years. Sports gambling raked in $5.95 billion in the third quarter of this year, the highest amount the market has ever produced in a single quarter.