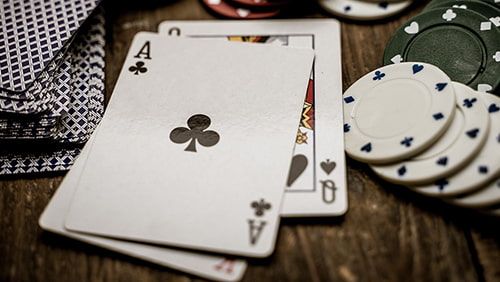 2020 is over. Let us never speak of it again. Technically, the new decade begins in three days with 2021. The least that can be said is that 2021 doesn’t have a hard act to follow. Short of a nuclear alien invasion war, it can’t be any worse than 2020. Or so we hope. Though an alien invasion would, admittedly, probably be way more fun than continued lockdowns.

In short, here’s what happened in 2020 to the global gaming industry. Las Vegas and U.S. casinos took a sledgehammer to the knees but got through the year with taxpayer bailouts and issuing a whole bunch of shares at incredibly inflated prices thanks to stock market rescues. Macau got shut down, and remains shut down, but is casinos got through the year by issuing way more debt. The United Kingdom paralyzed itself with lockdown after lockdown and also lost one of its industry jewels, William hill, to cyclically defunct Caesars, further consolidating the country’s already extremely centralized corporate superstructure into a giant pyramid resembling the Tower of Babel that will stay stable forever because they always do. GVC, seeking to change its bad-boy grey market image, changed its name to Entain, dropping the “ert” I guess, and promised to go white by 2023. No, Brexit is still not official, but might be voted on in Parliament today.

Swedish stocks skyrocketed as the country seemed to let viruses do what viruses do without making too much of a fuss about it. Cambodia actually got control of the virus, which might have something to do with the country having one of the youngest populations in the world, and Nagacorp did well. Russia’s Primorye took more baby steps forward despite the pandemic, and still looks like the Next Big Thing in gaming, especially with Macau paralyzed indefinitely.

Stay Away from the U.S., Short Penn and Ceasars for Cheap

We are already getting hints that relentless Covid fear may ebb in 2021 in the United States. Former FDA head Scott Gottlieb put out a media trial balloon in the Wall Street Journal yesterday to the effect that we are “turning the corner” on Covid, and with Biden getting into office in 3 weeks, Americans might gain some breathing space with the media and Washington on the same page again and the outsider Trump Administration out of office and the establishment back in power again.

But unfortunately for Las Vegas, its fate may already be sealed for the foreseeable future because the exodus from California largely cannot be stopped now. The genie is out of the bottle. The tech industry centered in Silicon Valley is moving largely to Miami, where Florida governor Ron DeSantis has fiercely resisted lockdowns and has seen his opportunity to build the Florida economy at the expense of California. Austin is also getting a good chunk of tech. The Los Angeles music industry is moving on to Nashville. There is likely going to be a permanent slowdown in Las Vegas, especially as sports betting and other forms of gambling get easier around the United States generally. Avoid investing there.

Don’t be fooled by stock prices though. To paraphrase legendary investor Jim Rogers, show me $4 trillion and I’ll show you a really good time. Take MGM. The stock is about even, but retained earnings over the whole history of the company are down 16% just in the last three quarters. That’s nearly one fifth of the whole company, eaten up in 9 months.

California was already becoming more unattractive for the business community before Covid hit. According to the Sacramento Bee:

The state growth rate in the year leading up to July 2020 was just 0.05%, the lowest number in modern recorded history, dating back to 1900. It is the third year in a row that the state has recorded a record low population rate increase, according to the state Department of Finance demographics unit. The 2019 July rate was 0.23%. The state’s new official population is 39.78 million, a mere 21,200 more residents than the previous year. Los Angeles County was the biggest loser, dropping more than 40,000 residents. The Central Valley gained population.

Penn National Gaming stock is way out of control, and the top may already be in, judging by yesterday’s 7% fall. Maybe not, but vertical rallies cannot continue forever. Penn has also been able to avoid going substantially deeper into debt from Covid, but that’s because at these sky high prices it can keep offering shares and speculators will buy because other speculators are buying. When this dries up, it will all reverse, and quickly. $15 puts on PENN for June 2022 are going for $0.52.

Stay away from the United Kingdom as well in 2021. There are way too many unknowns there. How the trade deal with the European Union is going to affect business, how long the lockdown regime will last, how badly the gambling industry there is going to get squeezed when government finances are under extreme pressure, and whether the United Kingdom as a political unit can even survive much longer are all huge question marks. It looks like Scotland is going to break off soon, trying to get back in to the European Union. One of the only stocks that look decent is 888, not because it won’t decline, but because when there is another financial crisis, 888 should be able to capitalize and acquire failing businesses on discounts and grow from there once it’s over.

How long into 2021 will Macau remain closed? Travel restrictions to Macau are still in place, and news reports about new Covid strains coming out of Europe are going to make the Chinese Communist Party very nervous about opening back up. Keeping infections down in China and Macau is an issue of pride among China’s tunnel-vision leadership, and a resurgence of cases will be perceived as an extreme embarrassment. It is impossible to know when Macau will open up again, and even if it does, if the opening leads to a resurgence of cases, we could quickly see another shutdown. Stay out of Macau.

Macau casinos had to substantially increase their debt burdens to survive the year, and debt was already a big problem there. Las Vegas Sands debt load has increased by $1.4 billion this year. Wynn’s by $2.5 billion, Melco’s by $1.1 billion. These stocks did not explode higher on the Trump money pump, and so equity financing to stay afloat was less of an option. Perhaps a Biden Administration is slightly better for U.S.-China relations than a second Trump Administration would have been, but financial realities do not change when a new administration gets into the White House. China is done buying U.S. Treasuries, and Biden’s people are not going to be happy about this, which puts Macau’s U.S. casinos in jeopardy.

The places to invest for 2021 are Sweden, Russia, and to a lesser extent Cambodia. Sweden’s Aspire and Betsson have climbed relentlessly since their March lows, as I’ve been pounding the table to buy Sweden since February. Unlike U.S. casino stocks, the recovery in Swedish gaming stocks has legs because it has fundamentals. Just thinking in terms of human capital concerns, Sweden’s working population has not been pummeled with Covid fear, which is extremely mentally debilitating, and so staff there probably has more energy to simply work better than, say, companies stuck in tier 4 lockdown in the U.K.

The human element is often completely overlooked in business analysis, but in this case especially it needs to be emphasized. Staff in Sweden is much more likely to have higher morale and better mental health than in jurisdictions where it’s impossible to go about daily life anymore without mental breakdowns. Swedish executives will make better decisions in 2021 than those under extreme stress.

Russia is still running a cumulative national budget surplus since 2018, an extraordinary accomplishment for the times, and the ruble’s monetary inflation rate has not increased substantially during the pandemic. Summit Ascent continues to be an attractive holding long term, and I still believe Primorye can become the next Macau over the next 10 to 20 years.

Cambodia, monopolistic though it is, remains a pristine non-Covid-infected Garden of Eden for rich Asians. I don’t know about long term 5-10 years out, but 2021 should be good to Nagacorp as long s Macau remains shut down.