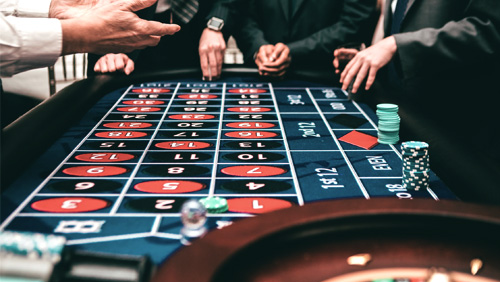 Despite regulations already in place designed to thwart the activity, money laundering is still prevalent at casinos across the globe, even in the U.S. The Hawaiian Gardens card room in California was just slapped with a $3.1-million fine for not doing enough to control the activity, as well as for other regulatory violations, and similar incidents have been seen across the country. The American Gaming Association (AGA) is now preparing updated guidelines that it hopes will help crack down on money laundering and ensure that gambling venues are taking more responsibly their roles in adhering to anti-money-laundering (AML) regulations.

In 2014, the AGA created policies that were to act as the “best practices” in the gambling industry to try to prevent money laundering. Those policies have now been expanded in its new “Best Practices for Anti-Money Laundering (AML) Compliance” directive. The updates, according to the AGA, are in response to input from the Financial Crimes Enforcement Network (FinCEN) arm of the U.S. Treasury Department, as well as from the Office of Foreign Assets Control and the National Money Laundering Risk Assessment.

The polices cannot be called rules, regulations or laws because the AGA doesn’t have any legal governance over casinos. Instead, it acts as a lobbying group for the industry and, as long as casinos abide by its established parameters, the AGA has a better chance of enabling regulatory and legislative changes. The group explains, “AML programs are risk-based, and casinos have different risk profiles, so individual casinos will have good reasons for departing from or modifying a procedure in this document, or for developing supplemental or alternative procedures, including appropriate approvals and documentation of decision-making.”

One of the biggest changes expected to be seen in the gambling world, at least in the U.S. and, possibly, Canada, is a transition away from cash-enabled transactions to purely digital operations. By reducing the amount of cash that flows through casinos, the opportunities to launder funds are greatly reduced. “We can give law enforcement and regulators new tools to more easily identify customer backgrounds, the source of money being gambled, and early warning signs of potential criminal activity,” said AGA president Bill Miller during the recent Global Gaming Expo in Las Vegas.

As strict as the regulations are in trying to prevent money laundering, oversight is still lax if the individual casinos don’t do their part. Any casino that earns over $1 million in gross gaming revenue has to file currency transaction reports (CTR), in accordance with the Bank Secrecy Act (BSA), for any transaction of, or greater than, $10,000 in a 24-hour window. These venues are also required to submit “Suspicious Activity Reports” (SAR) if they feel that a patron is trying to circumvent controls established by the BSA.

It doesn’t always happen, though. Last month, a Washington State-based casino operator, Macau Casino LLC, was ordered to pay $1.25 million after it was discovered that a dealer, with knowledge by the casino’s GM, was facilitating money-laundering activity. That same month, Imperial Pacific International, the casino operator behind the Imperial Palace on U.S.-controlled Saipan, found itself under scrutiny (again) by the FBI for possible money laundering and illegal campaign contributions.