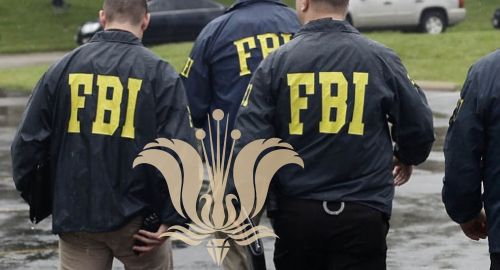 Last week, Federal Bureau of Investigation agents descended on Saipan to stage multiple raids on the offices of IPI and an IPI lobbyist, as well as the office and home of Commonwealth of Northern Mariana Islands (CNMI) Gov. Ralph Torres, a law firm run by Torres’ brothers and a local real estate firm.

On Thursday, local media reported that IPI’s attorneys had filed a motion seeking to stay a civil suit brought by IPI’s former construction workers. IPI maintains that the FBI’s criminal probe could force IPI execs to exercise Fifth Amendment rights against self-incrimination, which could complicate their ability to defend the company in the civil suit.

To support this motion, IPI’s attorney filed a copy of the FBI search warrants, which revealed that the feds were looking for any documents related to possible wire fraud, money laundering, conspiracy and contributions or donations to political figures by foreign nationals. Also cited in the warrants are Torres, his brothers, their relatives as well as IPI consultant Alfred Yue and realtor Ron Li Anderson.

In addition to info on any hospitality that IPI may have bestowed on the individuals cited above, the FBI also wanted to see any documents involving purchases of real estate, vehicles and luxury goods that IPI may have acquired “for the benefit of” Torres & Co.

IPI’s records custodian has been served with a subpoena to provide any documents regarding “land lease/purchase agreements in which IPI financed or was otherwise involved … that resulted in the transfer of any funds, including commission and fees” to Torres or his family dating back to September 2013.

In early 2018, Bloomberg reported on “millions of dollars” paid by IPI to Torres’ family members, including land deals that appeared to seriously overvalue certain properties. Both Torres and IPI rejected the allegations as baseless and politically motivated.

Earlier this week, agents from the FBI and the Office of the Public Auditor visited the office of the Commonwealth Casino Commission (CCC) for reasons that remain unclear. CCC exec director Edward Deleon Guerrero claimed that no search warrants were executed during this “little meeting.”

Rep. Tina Sablan publicly called on her fellow CNMI legislators to launch an inquiry “separate from the criminal process, this would be more of a political inquiry.” Sablan said CNMI residents “need to see that the rule of law does apply here … and nobody is above the law.”

After last week’s raids, IPI issued a statement saying “we continue to be law abiding and good corporate citizens,” while pledging to cooperate fully with the FBI. Torres issued a similar statement, promising “the fullest measure of cooperation” with the probe.

On Thursday, the governor’s office issued a statement saying the allegations cited in the warrant “will prove to be unfounded.” The statement added that “this process has been emotionally trying for Gov. Torres and his family” and Torres asked for the public’s “continued understanding and patience as this process proceeds.”