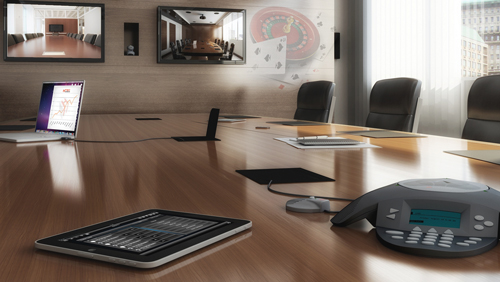 Blah. That’s probably the best word to describe the second quarter for gambling stocks. As a whole, the sector – as measured by the Market Vectors Gaming ETF (BJK) – rose a little over two percent, modestly under performing the three percent gain seen in the broad market. In an echo of last year’s movements, gambling stocks began to tank in May after a strong start to the year, driven down less by industry-specific fears than by broad market concerns.

Of course, in keeping with the “blah” theme of the quarter, this year’s downward move was far less severe, and gambling stocks would recover much of their losses in June’s final week. Again, most of the recent price movements appear to have been driven by broader economic worries, notably fears that US Federal Reserve Chairman Ben Bernanke was set to lessen purchases of US government bonds, potentially increasing mid- and long-term interest rates. For the gambling industry – a frequent issuer of substantial amounts of debt – Bernanke’s movements going forward are of particular interest; lower purchases of debt would mean higher yields on government bonds, which would mean higher yields on the corporate bonds issued by casinos to build new properties or pay for acquisitions. That would require higher interest payments by casinos, and potentially, lower profits.

As such, gambling industry insiders will no doubt be watching the Fed’s actions closely over the next few weeks. Beyond that…well, who knows? There simply hasn’t much been going on. The first quarter was highlighted by the bombshell “conditional veto” issued by New Jersey governor Chris Christie in February, which would lead, shortly thereafter, to the legalization of iGaming in the state. Stocks with exposure to the New Jersey market roared in the quarter; shares of Caesars Entertainment (CZR) better than doubled in the year’s first three months.

But in Q2, US iGaming again seems to have stalled out; state efforts have borne little fruit, while a federal bill submitted by Representative Peter King (R-NY) appears to be dead on arrival. Meanwhile, Las Vegas Sands (LVS) CEO Sheldon Adelson strongly announced his opposition to any sort of regulated Internet gambling in the US, an opinion that may be misguided but still seems likely to have an impact going forward. And so, the on-again, off-again love affair between investors and iGaming stocks appears to once again have hit the rocks. For the quarter, shares of Caesars fell over 11 percent; Zynga (ZNGA) dropped 12 percent, and bwin.Party Digital Entertainment (BPTY.L) sank over 20 percent, in large part due to a disastrous earnings report in late May. Overall, the quarter provided more evidence for my oft-repeated argument that investors simply cannot afford to invest based on potential US iGaming profits alone. Right now, these stocks – most notably that of Caesars – are trading vehicles, and savvy traders can look to “sell the news” any time CZR, ZNGA, or BPTY jumps based on a premature embrace of any bullish iGaming developments.

Elsewhere, the quarter saw a reversal of recent trends. It was Macau-facing stocks that led the charge in the first quarter, with Melco Crown Entertainment (MPEL) gaining 39 percent and LVS gaining 23 percent. But both stocks actually fell modestly in the second quarter; only Galaxy Entertainment (GXYEY.PK) showed any real gains among the major Macau operators. Ironically, June saw a series of increased estimates for gaming revenue in the enclave, but it appears that the Bernanke-inspired broad market fears overcame the optimism inspired by the impressive growth projections for June, estimated near 20 percent year-over-year. It’s worth noting that over the past five years, every downturn in the share prices of Macau operators has proven to be a buying opportunity. With growth outpacing estimates, it seems likely that Macau-facing stocks will rebound sharply once the current wave of global economic fears subsides. The caution here is that there appear to be real fears of a credit bubble in China that – like the Western bubble which burst in 2008-09 – could cause significant damage to the economy there and throughout the world. But it’s also worth pointing out that a so-called “hard landing” in China has been predicted many times over the past decade, and have yet to come to fruition.

Three of the biggest winners in the gambling sector were regional operators. Pinnacle Entertainment (PNK) gained 35 percent, as did Boyd Gaming (BYD), while Isle of Capri (ISLE) rose twenty percent. In the past, I’ve been rather bearish on the regional sector, arguing that the combination of low growth, “cannibalization” from new markets, and high debt make US regionals a difficult play. But it is that debt that can create big moves in the stocks. As a simple exercise, imagine that a company’s business is valued at $1.5 billion, and the company has $1 billion in debt. Theoretically, the value of its equity – its market capitalization, the total value of its outstanding shares – should be $500 million. If the market increases its estimate of the value of the business by 10 percent to $1.65 billion, the company’s market capitalization would rise from $500 million to $650 million. In other words, the value of the equity rises three times as fast as the value of the business.

As such, leveraged stocks can see big moves; but it’s also worth pointing out that the gains at all three stocks came largely at the beginning of the quarter. Boyd, for instance, tripled from November to May; but has fallen 22 percent from those highs over the last six weeks, with ISLE dropping 15 percent over the same time frame. Similarly, Pinnacle’s gains came largely in April; the stock has stayed relatively flat since then, despite winning approval of its merger with Ameristar Casinos (ASCA) two weeks ago. With economic fears still hanging over the market, further gains in these high-risk, high-reward stocks seem unlikely until the broad market resumes its upward march.

Over in Europe, it was a struggle as well. Most notably, 888 Holdings (888.L) and Paddy Power (PAP.L) saw share price declines for the quarter, ending strong multi-year bull runs for both stocks. Sweden’s Betsson AB saw its share price decline nearly twenty percent, and now trades well below where it traded at this time a year ago. (It seems likely that the recent turmoil in Turkey affected the stock, as Betsson retains extensive operations in that country.) All three companies have excellent track records of execution. 888 has shown impressive growth in poker, Betsson offers a stable market (excluding Turkey) and a sizable 5.5 percent dividend yield, while Paddy’s 2013 figures have been impressive. All three stocks seem worth a long look for investors at their new, lower prices – but again, only if fears of a return of a financial crisis on the Continent remain unfounded.

In Asia outside Macau – where there are still opportunities – there actually was some interesting news. NagaCorp (3918.HK) – a stock I again recommended in May – cratered last month after a strike at its casino in Phnom Penh. Shares have quickly rebounded in the wake of the strike’s apparent settlement but, should labor issues again flare up, NagaCorp’s volatile stock may again take a short-term tumble. Over in Korea – where I recommended caution – major gambling stocks tumbled in the second half of the quarter. It’s unclear whether the movement was related to the South Korean government’s decision to deny gambling licenses to Caesars and Japan’s Universal Entertainment. Overall, the decision to deny licenses would appear to be favorable for companies such as Grand Korea Leisure (114090.KS) and Paradise Group (034230.KS), potential competitors to foreign developers. And, indeed, both stocks rebounded sharply in the wake of the Caesars/Universal rejections. But Asian shares were, by and large, hammered in mid-June – the Phillipine market fell 10 percent in a matter of days – and it seems likely that the moves in Korean gambling stocks were reactions to those broader issues, rather than to more country-specific movements.

All told, the second quarter simply reinforced one of the major frustrations in investing in gambling stocks: the exposure of the industry to economic and political concerns. Right now, the gambling industry is relatively well-defined. Macau is going to grow 12 to 15 percent in 2013. Other Asian economies are dependent on their politicians and their casinos’ ability to poach VIP and mass market customers from China. European iGaming sees continued struggles in poker and significant competitive and regulatory challenges. US operators – whether online or land-based – remain exposed to the whims of state governments and state regulators, who can choose to expand or protect currently profitable markets. Investors in gambling stocks understand these challenges; unfortunately, the extent and effect of those challenges remains maddeningly difficult to predict.