Investing the Hard Way: Cannibalization in the US Market 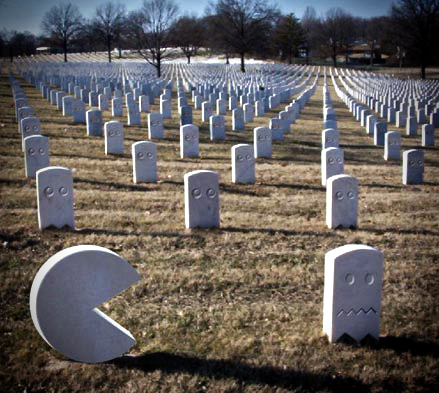 Cannibalization – the impact of new casino projects on existing markets – continues to be a major factor affecting US-facing, land-based casino operators. Earlier this year, a new casino opened in the Kansas City market, which was already the 11th largest market in the US, according to the American Gaming Association’s State of the States report. Ohio is opening up four new casinos this year, which will likely take share from casinos in western Pennsylvania and neighboring Indiana. Massachusetts is in the process of licensing up to three new casinos, further saturating the Northeastern market, which already saw the country’s highest revenue-generating gaming property open in New York City just eight months ago.

With total US market growth expected to be just five percent annually through 2015, according to PricewaterhouseCoopers, organic growth appears to be anemic at best. With economic fears still running rampant, and consumer confidence growing, casino expansion appears to be the only way for the US market to grow at even its relatively low rate.

The problem for the industry is that each new casino takes customers – and revenues – from existing operators. With a commercial or tribal casino now operating in 38 different US states, there are few Americans left without a gambling operation nearby. (Sorry, Texas.) For investors, the issue of cannibalization from new properties – and competition once those operations come online – is of key importance when evaluating US-facing gambling stocks.

Note that the coverage here excludes players such as Wynn Resorts (WYNN), MGM Resorts International (MGM) and Las Vegas Sands (LVS), whose stocks are driven primarily by their Las Vegas and Asian operations. I’m also not covering the big dog in US regionals, Caesars Entertainment (CZR). While I love Caesars as a company, its stock is simply not worth the time. The company is loaded in debt from a buyout executed at the top of the market in 2008 – debt of $20 billion dwarfs its current value of about $1.5 billion. Furthermore, its IPO earlier this year was done with a ridiculously small amount of shares to give its owners a chance to exit their positions at a manipulated price. There’s no wonder our Peter Amsel quoted CNBC’s Gary Kaminsky as calling the Caesars IPO “the dumbest thing I’ve ever seen.” If you want to gamble, you’re better off giving your money to Caesars as a customer, not a shareholder; at the blackjack table, you’ll know exactly how the odds are stacked against you, a luxury CZR investors don’t currently have.

As far as the other regional operators go, however, cannibalization remains a serious threat, one that can be the most dangerous for smaller operators. I covered Dover Downs Entertainment (DDE) back in January; the owner and operator of Dover Downs in Delaware has seen its stock drop from nearly $20 per share in 2006 to Friday’s close of $2.97 per share. DDE has faced not only competition issues, but an onerous tax arrangement with the state of Delaware. A pending bill should help; it lowers state fees and removes a surcharge on casinos with over 2,500 machines, perhaps allowing Dover Downs to expand its floor.

But that bill does little to alleviate Dover Downs’ cannibalization problem; it, in fact, adds to it, by allowing additional keno and sports betting operators in the state. But the state of Delaware is not Dover Downs’ problem; it’s everyone else. Pennsylvania legalized table games in 2010, limiting a major market; Maryland Live! came online this month, impacting yet another customer base. Delaware’s three racinos are now literally surrounded by competition, to its north (Atlantic City), south (Maryland), and west (Pennsylvania and West Virginia). Yes, DDE has a reasonable trailing P/E of about 13 and pays a handsome dividend yielding over 4%. But Dover Downs is now splitting the 45th largest population in the US three ways, with significantly lower need for out-of-state visitors to come to the facility. Delaware gambling revenue has fallen for 15 straight quarters; it’s not hard to figure out why. Dover Downs has managed to keep its own revenues relatively stable; but with Maryland’s multi-casino operations coming on-line soon, fewer customers, and lower win, seems sure to follow.

Another likely victim of Northeastern saturation is fellow small-cap MTR Gaming (MNTG). The owner of the Mountaineer Casino in West Virginia and Presque Isle Downs in Erie, Pennsylvania is also under attack from its neighbors. The new casinos in Maryland, plus the four coming online in Ohio in 2012, both threaten significant customer bases for the Mountaineer property. In the meantime, Presque Isle’s northwest Pennsylvania location is just 40 minutes from the Ohio border and less than two hours from Cleveland, home of a brand-new Horseshoe property downtown. MTR has tried to alleviate its Ohio problem by getting a video lottery terminal (VLT) for its Scioto Downs racetrack in Columbus; that facility opened earlier this month. But it, too will face serious competition from the Hollywood casino operated by Penn National (PENN), set to open in the same city later this year. In the meantime, MNTG hasn’t turned a profit since 2006, and has a staggering $18 per share in debt, compared to Friday’s close of $5.05. Yet the stock has better than tripled since November. Investors may be anticipating strength from the new Ohio operations; they should also realize that much of that strength may be sapped from the company’s legacy properties in the neighboring states. With MNTG stock starting to slip off its peak from earlier this month – at which the stock traded at a nearly four-year high – MNTG looks likely to struggle, and should be considered as a short play for risk-tolerant investors.

It’s not just smaller players that must worry about cannibalization. Boyd Gaming’s $1.45 billion purchase of Peninsula Gaming last month was an attempt by Boyd to diversify from its struggling “Las Vegas Locals” businesses into far less competitive areas. On the conference call announcing the deal to analysts, Boyd executives focused on the new Kansas Star Casino in Wichita, Kansas, calling it “the jewel” of Peninsula’s portfolio. (Boyd also acquired two casinos in Iowa and two more in Louisiana.) Why? Because Kansas Star appears to have a stranglehold on the Wichita market, with its only competition over two hours northeast to Topeka, or over an hour south to two tribal casinos in northern Oklahoma. Yet even that transaction raises competition fears; Boyd already owns three casinos in Louisiana, and now must add two more. This despite the fact that state-wide gambling revenue was flat in 2011, according to the AGA, and new properties are coming online in Baton Rouge from Pinnacle Entertainment (PNK) and Lake Charles from Ameristar Casinos (ASCA). Boyd’s other properties are in highly competitive Illinois and northwest Indiana, along with a 50 percent stake in the Borgata, a market seeing double-digit declines despite the addition of the $2.4 billion Revel earlier this year.

The story is the same for other large operators. Most of Ameristar’s eight properties sit in multi-casino markets such as Kansas City, St. Louis, and Black Hawk, Colorado. Pinnacle has three properties in the crowded Louisiana market, with one more on the way, plus two in St. Louis, and one in southern Indiana, another well-served market that will likely take a hit when the Horseshoe Cincinnati comes online in within the next two years. Isle of Capri (ISLE), a stock I (correctly) recommended shorting back in March, competes in – wait for it – Kansas City, St. Louis, Louisiana, and Black Hawk. Penn National’s 20-casino portfolio has similar duplication.

As such, the building of a single casino can have ripple effects across the entire sector. Boyd’s enthusiasm for the Kansas Star comes at the expense of properties in Kansas City (as well as tribal casinos in Oklahoma) who a year ago no doubt saw thousands of Wichita-area residents every weekend. Expansion of gambling on a small scale into even a smaller state like Arkansas has likely hurt revenues in St. Louis and Louisiana; likewise the proposed (though failed) legalization in Kentucky would have damaged operators in southern Indiana to the west and West Virginia to the east.

So what can investors in the sector do? First, investors must realize that there will be very little organic growth in the US market – so little, in fact, that there likely will not be enough to go around. With the amount of debt on the balance sheets of companies like Caesars, Boyd, and Isle of Capri, it seems likely that one of the major US regional operators will fail at some point in the future. That failure will most likely come from the company that cannot compete in the existing markets.

As such, branding is key for investors in regional stocks. I have been bearish on Isle of Capri not necessarily because of the cannibalization and competition risks, nor its excessive debt (though neither helps), but because the Isle brand does not have the cachet of Caesars’ Harrah’s and Horseshoe names, or even the continued success of Penn’s Hollywood Casino. Isle is in fact re-branding many of its casinos under the name “Lady Luck,” but such re-branding is a multi-year process. Casinos like Isle of Capri, with massive debt and interest costs that eat up over a quarter of its revenue, don’t always get the time to complete those processes. When picking regional casino operators, investors must aim for the company that will win in the competitive markets that drive their earnings. The power of a casino’s brand is a powerful driver toward maintaining and gaining market share.

A second key is the company’s balance sheet. A highly leveraged company is at serious risk, particularly if the US economy does not recover as well as hoped. But, more importantly, there are very few venues left for expansion in the US. In terms of high-population centers, casino expansion hopes (at least on land) are limited to the Southeast (whose religious conservatives strongly oppose gambling) and Texas. Texas would seem to remain off-limits as long as Governor Rick Perry is getting six-figure campaign contributions from Oklahoma’s Native American tribes, but budgetary concerns and continued lobbying may, in the future, open up the few closed markets remaining.

A company like Penn National, which creates strong cash flow and has carefully managed its balance sheet, can take those opportunities to open new facilities (as it has and will in Ohio). Caesars got the first casino in Ohio; but it only owns 20% of the venture. Why? Because its $20 billion in debt meant the company literally could not afford to fund the project by itself, nor could it raise additional debt to finance the new casino. As a general rule, branding and balance sheet management are key for companies; when you add in the narrow margin for error in the competitive, cannibalistic US market, they become absolutely critical.

Disclosure: I have no positions in the stocks of any companies mentioned.