Home / Business / Investing The Hard Way: Barriers to Entry And US iGaming 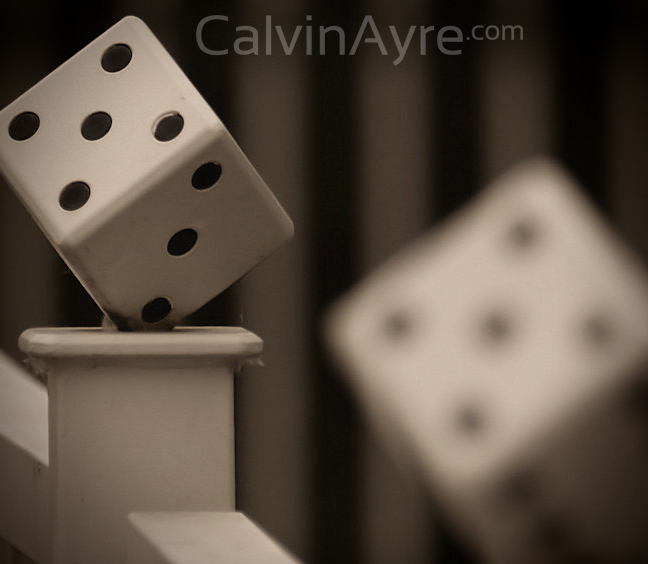 In last week’s first quarter review, I noted that the biggest driver for gambling stocks so far in 2013 has clearly been the hopes for US iGaming legalization. These hopes were raised by New Jersey’s passage of an online gambling bill in February, which marked the first time that a well-populated state installed an iGaming regime. (Nevada and Delaware, the first two states to legalize online betting, combined have a population less than half of New Jersey’s.) The effect of Governor Chris Christie’s decision to sign the New Jersey iGaming bill boosted a number of stocks, notably Caesars Entertainment (CZR), which better than doubled in the wake of Christie’s original “conditional veto” of the bill, and Zynga (ZNGA), which rose more than 30 percent amidst hopes that it could convert its massive Zynga Poker player base into real-money customers.

After strong runs, both stocks would cool off; Caesars has lost nearly 20 percent of its value over the last month, while Zynga gave back nearly all of its post-New Jersey gains before soaring again after its real-money site in the UK was launched earlier than expected. This give-and-take in the stocks – and others, including bwin.Party Digital Entertainment (BPTY.L) and Boyd Gaming (BYD), both of which are involved in US-facing joint ventures – is a direct result of one of the most interesting and critical arguments in the US iGaming industry right now: how much money can US online gambling operators expect to make? And who, exactly, will make it?

I’ve tackled this question on a number of occasions, most recently in February, and going back to nearly a year ago when I largely dismissed Zynga’s chances to become a major iGaming player. But the problem for investors is that there are so many unknowns relative to US online gambling that any precise estimate of the industry’s total US profits – let alone a reasonable guess at the income due to any individual operator – is essentially impossible. As Deutsche Bank’s Andrew Zarnett told the iGaming North America Conference in February, an investor’s approach toward iGaming essentially “depends on which number you believe.”

Still, iGaming will have a significant impact on the share prices of gambling stocks over the next few years, even while many of the hoped-for profits remain illusory. As the so-far painfully slow process plays out, hopes and fears will affect stock prices of both individual companies and the sector at large. Investors in nearly any gambling stock, barring the major Macau-focused players, will need to be keenly aware of US legalization and the potential effects of developments in the industry. And understanding the economics of the potential industry is a key tool toward that end.

One of the most important economic concepts in iGaming will be the idea of “barriers to entry.” As Penn National Gaming (PENN) chief financial officer Bill Clifford argued last month, Internet businesses have long struggled to achieve high margins (the ratio of costs to sales) because of low barriers to entry. It simply is not that difficult to develop and market a website, relative to a more traditional industry such as manufacturing, which requires initial capital investment in the hundreds of millions of dollars to build factories and purchase equipment; nearly anyone can, theoretically, create an online business. If an iGaming provider develops slots with a payout ratio of 95 percent, another provider can create a site that pays out 97 or 98 percent. The ability of competition to spring up quickly and cheaply makes it difficult for a business to maintain its pricing power and margins – or, in the case of an iGaming operator, its hold percentage. One of the best examples of this phenomenon is Amazon.com (AMZN), which has cemented its role as the world’s leading e-commerce company by operating with ridiculously thin margins: Amazon’s pre-tax profit comes to barely over one percent of its total revenue.

When – and if – US iGaming progresses, this is a key concept for investors to grasp. Notably, the New Jersey bill creates a substantial barrier to entry in its market through its requirement that any online operator must own a land-based casino as well. Even at fire-sale prices, that ownership requires investment of $20 million or more, limiting the pool of potential competitors in New Jersey and potentially boosting their profit margins. (This is one reason why the New Jersey bill had such a significant impact on Caesars’ share price; the company owns four casinos in New Jersey and has a long-established brand in the state. As such, it would appear set to enter a regulated New Jersey market with a solid head start.) In marked contrast, Nevada has simply posted an application fee for regulated operators, which is why there has been a rush of applicants that includes not just casino operators but suppliers as well. (Delaware has essentially created its own barrier to entry by simply managing its iGaming platform on its own, turning iGaming operators into suppliers.) How future states create – or remove – barriers to entry will be key to how profitable their markets become, and how widely distributed those profits will be. The greater the barriers to entry, the greater the margins for legalized operators. Those barriers don’t necessarily need to include the requirement for physical ownership; that aspect of the New Jersey bill was clearly installed to help save the state’s devastated casinos. But the desire for tax revenue – up front, if possible – may often lead to high application and/or registration fees and deposits, such as California’s once-proposed $30 million deposit for regulated operators.

In either scenario, it’s important to realize that iGaming profits will likely not be widely distributed. With high barriers to entry, only a few operators will even be allowed into the market. With low barriers to entry, the largest players will be able to use their muscle to outspend in marketing and/or promotional efforts to gain liquidity and market share. Indeed, this is one of the key lessons of the original boom in Internet stocks in the late 1990s, which would peak in the beginning of 2000. Internet stocks did not collapse because the Internet turned out to be a fad, or its effects overrated. The Internet itself has been revolutionary. The problem is that very few companies made any money at it. In search, Yahoo! (YHOO) survived (Google (GOOG) would go on to surpass it, but that company did not go public until 2004) while AltaVista, Lycos, Excite, and others would fail. There were multiple companies that attempted to create Web currency, such as Flooz and Beenz; all of them failed. There were multiple online auction sites; a decade later, eBay (EBAY) faces no real competition in the U.S. Even in successful, competitive e-commerce markets such as online investing – which radically improved the retail investor’s ability to purchase stocks at a much lower cost – profits have been significantly lower than expected, and share prices in the sector collapsed after the Internet bubble burst.

That history belies the sector-wide jumps seen in many US-facing gambling stocks every time iGaming legalization takes a step forward. Not every company in the sector will benefit from online gambling; in fact, it is likely that many will lose, as they spend millions in development and regulatory fees and fail to gain any return on their investment. Indeed, the history of the gambling industry is littered with many more failures than successes, and iGaming looks to be no different.