888 Holdings and Treasure Island now have online gaming licenses in Nevada after the state regulatory board, the Nevada Gaming Commission, unanimously approved the license applications of both companies. The decision to award 888 and Treasure Island licenses in the state came in a swift meeting that lasted only two hours and prompted by assurances from representatives of the Gibraltar-based company that it would comply with the state’s regulations. 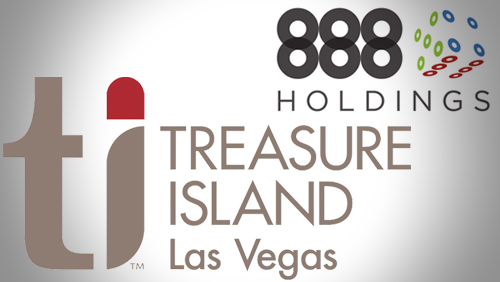 In so doing, 888 Holdings and Treasure Island became the 20th and 21st company to receive an online gaming license in Nevada.

Talking to the Las Vegas Review Journal, Nevada Gaming Commission chairman Pete Bernhard said that all the prerequisite requirements set out by the state have been met by 888. “All my concerns have been addressed,” he said.

With its license in tow, 888 has now been given the green light to pursue its partnership with Caesars Entertainment Corp. to launch and operate online gaming in Nevada. The two companies previously struck a deal back in 2011, paving the way for the former to operate the latter’s World Series of Poker-branded websites in Europe.

Now that the hurdles have been cleared in Nevada, 888 CEO Brian Mattingley made no bones about what it plans to do in the future now that it has a license to conduct online gaming in the state. “888 has chosen Nevada as its first U.S. market,” Mattingley told the Gaming Commission, as quoted by the Las Vegas Review Journal. “We are hopeful that future developments will present even greater commercial opportunities for 888’s Nevada-facing business.”

Currently, the UK makes up 888’s biggest market, accounting for almost 50 percent – 43 percent, to be specific – of its overall revenues. The objective now is to begin working on offering the same online gambling services in the state. State laws dictate that independent testing laboratories, as well as the Gaming Control Board, still need to test and ultimately approve the technologies being used by operators like 888 before online poker officially goes live in the state.

888’s partnership with Caesars Entertainment is a great building block that could provide an edge for the company to break ground in Nevada. But even with its own license, 888 is still expected to tread very carefully to ensure the appropriate systems are in place to address game security, problem gaming, underage gambling, and player protection.

But as 888 attorney Gil White pointed out, the state shouldn’t have any problems policing 888 Holdings because “the company has never been sanctioned for its operations in any jurisdiction, nor is it presently involved in any material adverse litigation.”