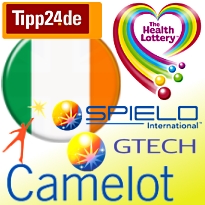 After much delay, Ireland published its National Lottery Bill 2012 just days before Christmas, clearing the way for a tender for a 20-year contract to run the country’s lottery operation. The Bill will be introduced into the Dáli in January, after which the tender will commence this spring and a winning bid selected in the fall, with the new operator beginning operations in 2014. The delay in getting the Bill to the starting line means the current Lottery operator An Post will remain in control past the scheduled June 2013 end of its 12-year contract. Besides An Post, Lottomatica subsidiary GTech, Aussie outfit Tatts Group and UK lottery operator Camelot have also expressed interest in bidding for the Irish license, for which the government expects an upfront payment of up to €400m.

A new regulator will be established to oversee lottery operations, in which “interactive channels” are expected to play a more prominent role. The Department of Public Expenditure and Reform issued a statement saying that the “playing of lottery games on the internet is seen as the most likely area of growth for lottery sales in the future.” The most recent figures show less than 3% of total Irish lottery sales were made online, compared to 15% for some other European lotteries. An Post’s CEO has suggested up to 20% of Lottery turnover could come via online now that the restrictions – including a much-loathed offline registration process – have been lifted.

CAMELOT RE-UPS WITH GTECH
In the UK, Camelot has extended its deal with GTech that will see the Lottomatica offshoot supplying products and services to the National Lottery operator. As part of the deal, GTech will supply Camelot with a further 8,000 Altura lottery terminals, raising the total number of such units in operation to 36,700. GTech will also go on providing Camelot with its Enterprise Series technology, as well as software development, maintenance and support services. GTech estimates the deal will bolster its revenues by €200m over the four-year length of the contract extension, which starts in Q1 2019.

UK GOV’T TO INVESTIGATE SOCIETY LOTTERIES
In August, Camelot lost its long legal fight to have the competing ‘society lottery’ Health Lottery’s controversial structure declared invalid, but Camelot appears to have made its point with UK regulators. Just before Christmas, Secretary of State for Culture, Media and Sport Maria Miller announced the government would launch a consultation in 2013 to determine whether or not to require society lotteries such as the Health Lottery to boost their charitable contributions. The Health Lottery contributes 20% of its revenues to charitable causes, compared with the 28% anted up by Camelot’s National Lottery (which is also subject to a 12% duty, for which society lotteries are exempt).

The consultation will focus on the question of “changing the minimum percentage of proceeds that society lotteries are required to apply to their good causes.” However, the government also published a NERA Economic Consulting report that determined there was “no clear evidence that the Health Lottery has taken very significant revenues from the National Lottery” and “is likely, therefore, to have increased the total amount of money raised by lotteries for good causes.”

TIPP24 BUYS STAKE IN ROBOREUS
German online gambling outfit Tipp24 SE has taken a £10m stake in Roboreus Ltd., the UK company behind the troubled GeoSweep location-based lottery product. The investment gives Tipp24 a 25.7% stake in Roboreus, which Tipp24 CEO Hans Cornehl described as having a track record for creating a “high-quality, technologically robust platform.” Perhaps, but GeoSweep has been an epic fail in every jurisdiction in which it’s been offered, having made less than £100 per day in the UK following its late-2010 launch. Canada’s Atlantic Lottery Corporation (ALC) invested $8.7m in Roboreus this year, but ALC has been cagey about GeoSweep’s sales numbers in the Maritimes.