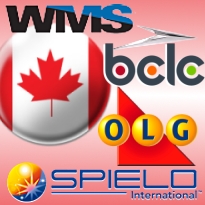 As the Canadian Senate continues to debate whether or not to approve the C-290 single-game sports betting legislation, an Ipsos Reid poll conducted on behalf of the Canadian Gaming Association has determined that 64% of respondents favor passage of the bill. Three-quarters (76%) said legalizing single-game betting would boost government revenue, with a roughly equal number saying it would reduce illegal betting and allow for greater regulation and oversight of the sector. The CGA also notes that eight of Canada’s 10 provincial governments have expressed support for C-290.

One of those provinces is British Columbia, whose provincial lottery corporation BCLC has previously stated its desire to offer sports betting online via its PlayNow.com site. BCLC has also just inked a multi-year deal with WMS Gaming Inc. to offer WMS’ library of slot games to PlayNow customers. WMS has previously offered its slots titles to players at BCLC’s land-based casinos, and WMS Industries president Orrin J. Edidin said the company was “delighted to expand our [14-year] relationship” into the online sphere. It’s the first real-money North American online slots deal for WMS and its new online subsidiary Williams Interactive.

Lottomatica subsidiary Spielo International Canada has inked a deal to provide new video lottery terminals (VLTs) to the Western Canada Lottery Corporation’s operations in the prairie province of Saskatchewan. Spielo expects to install 1,375 prodiGi Vu terminals to buttress the province’s existing network of some 4,000 machines. The deployment will feature 13 games, including game refreshments, and Spielo will also provide its Intelligen central system to support the rollout.

In Ontario, Premier Dalton McGuinty’s surprise resignation in October just a year after winning re-election has many observers predicting his minority Liberal government will face another trip to the polls in 2013, possibly as early as May. The opposition Tories are already rolling out their policy positions, and among them is the rollback of the province’s plan to offer online gambling via the Ontario Lottery & Gaming Corporation (OLG). Tory leader Tim Hudak called the plan “foolish” because he doesn’t believe Ontarians who already gamble online will switch their allegiance from international online gambling sites to an OLG offering. Hudak also wants to privatize OLG’s gambling operations, leaving the province to act strictly as a gambling regulator. Such a plan would require extensive legislative rewriting, but Hudak believes “people would rather see us invest in MRI scans, not buying new roulette wheels and owning slot machines.” Clearly on an ‘everything must go’ kick, Hudak is also talking about privatizing the provincial liquor monopoly. We can only presume Hudak ultimately envisions selling the CN Tower to a rich Chinese businessman as the ultimate luxury condo with an unmatchable view. But God help you if the elevator breaks down, cuz those stairs are murder…