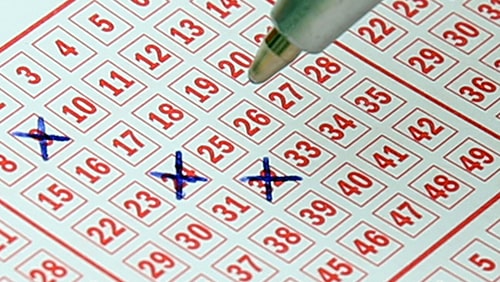 For some, playing the lottery is a religious experience. There’s nothing more thrilling than the chance to convert $2 into millions, but the odds of hitting all the right numbers are astronomical. According to data from Lottery U.S.A., hitting the Mega Millions lottery top prize has odds of 1 in 302.6 million. The interstate lottery in the U.S. always draws huge crowds, especially as the jackpot prize increases each time the winning numbers fail to find a match. The Mega Millions reached $670 million this week before the latest numbers were drawn last night and, with another lost chance at becoming an instant multi-millionaire, the jackpot now rolls over to $750 million.

This new jackpot is the fifth-largest in the history of U.S. lotteries. The winning numbers were 12, 14, 26, 28 and 33, with the necessary Mega Ball needed to complete the set landing on 9. There have now been 34 consecutive Mega Millions draws that haven’t found a winner, with Adrian Tongson of Wisconsin the last person to claim a jackpot. He won $119 million last September before the lottery started over and began accumulating its latest massive pot.

Even though the jackpot didn’t hit last night, there were still plenty of big winners. Nine people were able to match five numbers, minus the Mega Ball, which will allow them to collect a minimum of $1 million. One of the winners opted for the Mega Millions Megaplier option, which will double the winnings. Of those, one was a nurse in Florida who has been on the front lines combatting the COVID-19 pandemic. In addition to these winners, another 116 matched four numbers and the Mega Ball, which will allow them to collect $10,000. All the prizes, of course, are subject to verification and a percentage loss needed to be given up to tax collectors. The odds of winning $1 million in the Mega Millions lottery are 1 in 12.6 million and are 1 in 931,001 to win $10,000.

The largest lottery in U.S. history was found in January 2016, when $1.586 billion was won in the Powerball lottery, a competitor of Mega Millions. However, it didn’t go to one single winner – the pot was split between three people in California, Florida and Tennessee, all of whom had chosen the correct numbers. Of the largest five lottery jackpots, three have gone to the Powerball and two to Mega Millions; all five have been seen in the last six years. The fourth-largest was the $758.7 million in the Powerball in August 2017, and the third was the Powerball’s $768.4 million jackpot in March 2019. In October 2018, Mega Millions awarded $1.537 billion to put it on the list as the second-largest pot to ever be awarded. That prize went to a single anonymous winner in South Carolina and, instead of opting for the lifetime payout, chose to take a lump-sum prize of “only” $878 million and walk away.