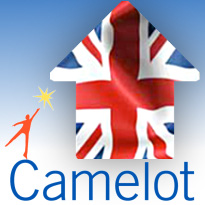 UK National Lottery operator Camelot Group saw sales grow 8.1% to £3.52b in the first half of its fiscal year ending Sept. 29. The growth rate is twice the average of other lottery outfits over the period, with the global figures having been dragged down by underperforming markets like Greece and Spain. Camelot’s ticket sales rose 3.4% to £2.4b and scratchcard sales rose to £999m from £816.8m in the same period last year. Camelot’s ongoing rollout of 8k new terminals helped push in-store sales up 7% to £2.9b, while interactive and subscription sales rose 15% to £591m.

Subtracting £1.86b in prizes and £953m in donations to charitable causes – including the sponsorship of nearly 90% of the UK’s London 2012 Olympic athletes – Camelot’s revenues amounted to £712m. Camelot also touted its ability to keep operating costs to 4% of revenue, allowing it to claim to be the continent’s most cost-efficient lottery operator. The sales growth came despite Camelot’s insistence that Richard Desmond’s Health Lottery has cost Camelot £73m in sales since October 2011, when the pseudo-national lottery launched operations. In August, Camelot lost a court challenge over the legality of the Health Lottery’s structure and withdrew its appeal of that ruling the following month.

By the end of this year, Camelot will have learned whether its bid to run the Pennsylvania Lottery has been accepted. The Pennsylvania Lottery notched $3.2b in sales last year and Camelot has pledged to deliver $34b in profits over the 20-year life of the contract. Meanwhile, just across the border, the Ohio Lottery reported $2.73b in sales for the fiscal year ending June 30, a gain of $133m over the previous year. This marks the 11th consecutive year of sales growth, one of only four US states that can make that claim. The Lottery returned $771m in profits to the state, topping the previous record of $748.8m set in 1997. By law, lottery profits go to the Ohio Department of Education, and this year’s contribution represents 6% of the department’s total revenue pie.