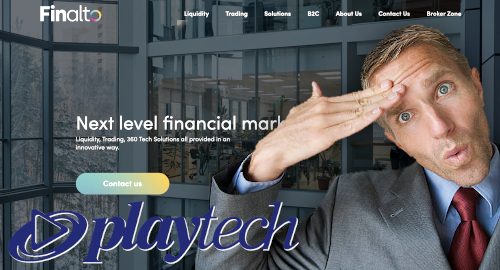 Gambling operator/technology supplier Playtech says its full-year 2020 results will come in better than expected, as different divisions shone at different points during the pandemic-impacted year.

On Tuesday, the London-listed Playtech alerted investors that its FY20 performance was “expected to be ahead of consensus,” with adjusted earnings projected to be “at least €300m.” That’s only about 78% of 2019’s total, but investors still pushed the stock up 4.3% by the end of the day. Official results will be released on March 11.

Since the new year began, Playtech rebranded TradeTech as Finalto, an odd move considering Playtech said Tuesday that it “continues to be in discussions regarding the possible sale” of its B2B/B2C financial unit. You’d think they’d leave any remodelling up to the new owner, but whatever.

Snaitech’s retail operations were similarly impacted, but its online performance was “very strong.” Snai’s online operations suffered a distributed denial of service (DDoS) attack in the final week of 2020 that temporarily knocked its website and apps offline, but the company insisted that the attackers hadn’t gained access to any customer accounts.

Despite 2020’s challenges, including the regulatory disruption of its grey-/black-market Asian operations, Playtech celebrated its launch with two licensees in New Jersey’s regulated online market. Playtech also made further inroads into Latin America through a deal giving it a piece of Colombian-licensed online operator Wplay, along with strong growth from its Mexican-licensed partner Caliente.

In keeping with its stated objective of streamlining operations by disposing of ‘non-core’ assets – the diversity of which the company just credited with helping to save its 2020 bacon, but never mind – Playtech said it has now fully disengaged from the Casino & Social Gaming sector by completing the sale of its Scotland-based YoYo Games unit to unspecified parties for US$10m.