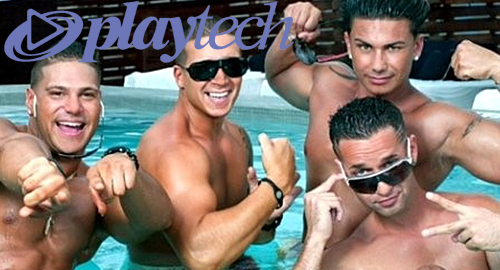 On Monday, Playtech announced that it had received regulatory approval from the New Jersey Division of Gaming Enforcement (DGE) to supply online casino products to DGE-licensed operators. Playtech said it would launch its products in New Jersey “soon” through its existing deals with local licensees Bet365 and Hard Rock Atlantic City.

Playtech added that it expects to launch with other DGE-approved online operators “in the near future” and is working on securing similar approvals in “other US jurisdictions.” Besides New Jersey, online casino products are so far only active in Delaware and Pennsylvania, while West Virginia has approved but yet to launch any online casinos.

Playtech CEO Mor Weizer called the New Jersey casino approval “a major milestone” for his company. Weizer said Playtech would also look to launch its sports betting, live casino and platform products “over time.” Weizer called the US “a highly strategic market” for the company and predicted there would be “significant demand” for Playtech products going forward.

Playtech’s approval offers further proof of the hollowness of the DGE’s high-minded pronouncements about ensuring its licensees weren’t active in so-called ‘grey’ and ‘black’ markets. Playtech’s earnings reports are dominated by discussions of its activities in China and Malaysia, two countries whose legal view of gambling would be described as ‘none more black’ if Nigel Tufnel was running the DGE.

At any rate, Monday’s announcement is a welcome change for Playtech, which is coming off the week from hell in its home market following media reports of the suicide of a former customer of its PT Entertainment Services subsidiary’s B2C brands TitanBet and Winner.

After enduring 24 hours of being pilloried in the UK media, Playtech announced it was boosting its contributions to responsible gambling charities to express the company’s remorse over the situation.

This weekend, Weizer was the subject of a particularly brutal profile by (who else?) the Daily Mail, which contrasted his “jet-set existence” with last month’s revolt by Playtech shareholders over the company’s remuneration policy for senior execs. The Mail noted the plunge in Playtech’s share price over the past decade while Weizer has been “profiting so handsomely from this shaky performance.”

Weizer doesn’t appear overly bothered by the coverage, announcing Monday that he’d snapped up an additional 19,000 Playtech shares. The company’s stock closed out Monday’s trading up 7.4%, so Weizer’s purchase is already paying dividends.