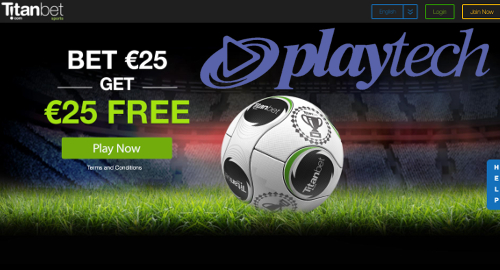 UK-listed gambling operator Playtech has dug deeper into its wallet to demonstrate its remorse over the suicide of a young man at its customer-facing gaming sites.

On Thursday, Playtech announced that it was boosting its donations to responsible gambling charities to £3.5m. The move follows Wednesday’s release of a UK Gambling Commission (UKGC) investigation into the suicide of a former customer of Playtech subsidiary PT Entertainment Services (PTES) and its B2C sites Titanbet.co.uk and Winner.co.uk.

The UKGC probe discovered that 25-year-old Chris Bruney took his own life in April 2017 following a five-day gambling spree in which he lost over £119k. During this period, PTES’ VIP managers sent Bruney numerous bonuses, including a final £500 bonus just hours after Bruney was dead.

The UKGC slammed PTES for “serious systemic failings” in PTES’ social responsibility and anti-money laundering (AML) processes, as well as “more general failings” in its interactions with VIP customers. PTES cooperated with the UKGC’s probe but ultimately chose to relinquish the UK licenses for its Titanbet and Winner sites.

Before returning those licenses, PTES offered to pay £619k as a settlement, a sum the UKGC dubbed “seriously deficient.” PTES ultimately donated the sum to responsible gambling charities, but the UKGC said it would have imposed a £3.5m penalty on PTES had its licenses remained under UKGC oversight. PTES has now agreed to top up its donation to meet that £3.5m sum.

Playtech’s interim chair Clair Milne said Thursday that she would personally apologize to Bruney’s family. Milne added that the failings cited in the UKGC probe “do not reflect where Playtech stands today” and the company hopes the topped-up donation will send a message to both investors and the wider gaming industry “of who we are today and aspire to be.”

Bruney’s family told the Daily Mail that they were “pleased Playtech have finally paid what they should” but added that they “would like a say in where this money goes, a proper apology for their abusive behavior of our son and for people to be held to account.”

The UKGC said Wednesday that its probe into PTES was continuing, and that individuals who continue to hold UKGC personal licenses could face “appropriate action” once those probes are complete.

The UK’s Betting & Gaming Council (BGC) issued a statement saying Playtech “made the right decision” to pay the penalty and apologize to Bruney’s family. The BGC said this “horrendous, tragic and deeply sad case” demonstrated that “further lessons can and must be learned across the whole gambling industry.”

This spring, Playtech was one of four companies included in the ‘working groups’ tasked with assisting the UKGC in reducing the potential for gambling harm. Given its status as a top game developer, Playtech’s role was to help develop a sector-wide policy for game design that ensured players wouldn’t be taken advantage of.

The UKGC said Thursday that Playtech’s shortcomings wouldn’t preclude the company from participating in the working group, noting that penalized operators “have a first-hand experience of why it’s critical to improve and raise the standards for consumers.”