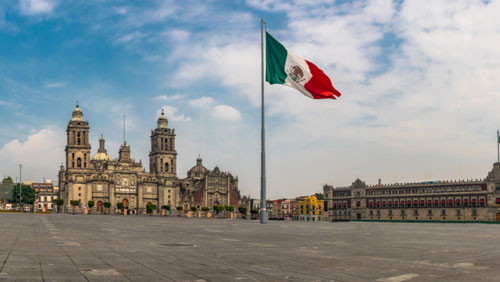 Playtech, the omni-channel gaming software company, will soon be expanding further into Mexico. According to a press release, the company’s Playtech BGT Sports (PBS) subsidiary has signed a deal

with a local operator, Corporación Caliente, to install a number of the company’s self-service betting terminals (SSBTs) at a variety of locations around the country.

The SSBTs will play a key role in expanding the partnership’s relationship in both online and retail environment. PBS expects to the add additional machines to other Corporación Caliente casinos over the course of the next several months.

Corporación Caliente is a subsidiary of Codere, a gaming company headquartered in Spain. Codere already has an agreement with NetEnt  signed in 2017, and many anticipate the recent Playtech deal to be the beginning of a substantial expansion by the company into Mexico.

PBS CEO Armin Sageder explained of the deal with Corporación Caliente that it has “gone from strength to strength” and continued to grow. He added, “The extension of our relationship into retail reflects the success we have achieved to date and the opportunities we both see lying ahead. Mexico is a fast-growing and regulated market and a strategically important territory for Playtech.”

Founded in 1999, Playtech is now one of the world’s largest online gaming software suppliers and is publicly traded on the London Stock Exchange (PTEC). PBS was born after Playtech acquired several companies and now maintains offices in seven European cities.

Last year, PBS inked a three-year deal with Greece’s leading betting operator, OPAP. In addition to Mexico and Greece, it has provided SSBTs to customers in Germany, Austria, Spain, Malta, Romania and the Czech Republic. The company continued to expand throughout Latin America and Europe and, over the course of the past 12 months, has increased its number of global retail bet entry points by 48% to almost 40,000 live terminals.