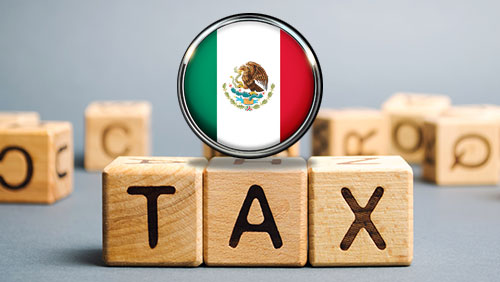 Mexico is having a difficult time with its casino industry, with the country’s president, Manuel López Obrador, looking to cut back on the number of gambling licenses that are issued.  He has already ordered that some operators have their existing licenses pulled over concerns about their ability to properly follow gaming regulations and policies and the crackdown is expected to continue.  However, the thought of losing any potential revenue is causing concern in some Mexican states, and Jalisco wants to make sure it has all its assets covered.  The Treasury Commission of the Congress of Jalisco just formally approved a new law this past Monday designed to guarantee gaming operators comply with existing tax laws.

A measure in the Jalisco State Revenue Law for 2021 places a 10% tax on slot machine and casino game winnings.  The tax was technically already in place through previous legislation, but lawmakers felt that some operators were able to find ways around paying the tax because of how the law was written.  As a result, they pushed for the separate legislation, which they hope will force operators to comply.

The new measure, the Tax on Gambling Expenditures, has been added to the Revenue Act of Jalisco in an effort to ensure the state receives greater contributions from its gaming market.  It was designed by Jalisco Governor Enrique Alfaro, who is targeting an increased budget for the state.  He wants to reach $6.2 billion and expects the tax to provide around $20 million for the budget.  The measure didn’t find much resistance, with lawmakers ready to put the additional funds to good use.  Some of the tax revenue generated from the bill will be used to cover costs associated with the Red Cross, the state’s Cancer Institute and certain hospitals, while 25% of it will be used to target problem gambling initiatives.

Jalisco Treasury Commission Deputy Gerardo Quirino Velázquez helped push the measure through and is going to help ensure operators are held accountable.  He was responsible for highlighting the fact that certain operators were being a little too creative with their accounting practices and not giving the government its fair share of taxes, and said last month, “Different businesses like casinos were already operating but disguised as other things. Then we decided to establish a new list to be able to cover all those businesses that had the same characteristics as casinos.”