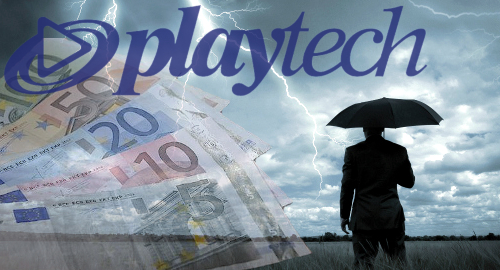 Online gambling heavyweight Playtech saw its profit plunge 85% in the first half of 2020 due to Asian black market restrictions and Italian pandemic shutdowns.

Playtech’s business-to-business (B2B) operations reported revenue falling 13% to €229.7m, largely due to pandemic-related retail shutdowns. The halt of major sports activity led to a ‘significant’ betting revenue decline, ruining a ‘strong’ showing by online casino, bingo and poker (the latter added 19 new brands to its iPoker network in H1 following the demise of the Microgaming network).

Playtech’s B2B operations in non-Asian unregulated markets saw revenue rise by one-third but Asia-based revenue fell 35% to €42.3m as local governments imposed pandemic restrictions. The Philippines shut down its online operators as the country’s infection rate surged but Playtech was able to shift its live casino operations to its other studios, while also signing a deal with another Asian-facing provider to bridge the gap.

Playtech’s customer-facing (B2C) revenue slid 41% to €253.5m, primarily due to its Italian Snaitech brand, which was down 46% to €215.5m despite a 37% rise in its online revenue. Snai’s earnings fell a more modest 37% as the brand slashed its operating costs.

Other white label revenue plunged 82% as the company consolidated some B2C brands and scrapped others. In May, Playtech coughed up £3.5m to responsible gambling charities after “serious systemic failings” that led to the suicide of a customer of its Titanbet and Winner brands.

B2C retail sports revenue slipped 14% to €8.5m, resulting in an earnings loss of €4.2m and a €5.4m impairment charge. Playtech stressed that its retail ops remain “within its investment phase,” so please cut them some slack.

The Tradetech financial unit was H1’s star performer, with revenue up 123% to €87.3m, although the company cautioned that this performance wasn’t likely to be repeated in the second half of the year, as market volatility is “significantly lower” than during the pandemic trading frenzy.

In August, Playtech was rumored to be flogging Tradetech after its stellar Q1 performance. The company confirmed that it was “in discussions with a number of parties” regarding a sale, but these talks were at an early stage. Playtech offered no update on these talks on Thursday.

Playtech made its US market debut in early H2 via a deal to supply casino products to Bet365’s New Jersey-licensed site. Playtech says applications are on file in other US states and the company expects to increase its spending in the US market throughout H2.

Playtech says it’s “performing well” in the current quarter, but “caution remains” given the pandemic uncertainty. July and August both produced strong trading and cash generation, although August’s figures were below July’s. Investors weren’t impressed, pushing Playtech’s stock price sharply lower, although a late rally limited the day’s decline to 6.4%.