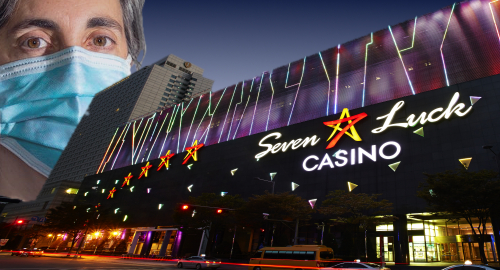 Some South Korean casino operators are back banging their heads against the wall after new pandemic restrictions were imposed on their operations.

On Wednesday, South Korean media reported that local authorities had imposed new restrictions on public gatherings in several regions, effective at 12:01am Thursday (19). The affected areas including the capital Seoul, the city of Gyeonggi, Gwangju province and parts of Gangwon-do province. The city of Incheon will reportedly follow suit at midnight on Nov. 23.

The new ‘step 1.5’ restrictions vary according to the type of gathering, with some facilities allowed to operate at between 30-50% of normal capacity. However, casinos and race-betting operations (bicycle, boat or horse) will be limited to just 20% of capacity, dealing yet another body blow to the local gambling industry.

Two of the three Seven Luck-branded casinos operated by Grand Korea Leisure (GKL) are in Seoul, while Paradise Co Ltd operates one casino in Seoul and another in Incheon. The latter is Paradise City, currently South Korea’s only major integrated resort, which has already dealt with not one but two complete shutdowns due to COVID-19.

South Korea’s Disease and Control and Prevention Agency reported 313 new COVID-19 infections on Wednesday, making five straight days in which the new infection number has topped 200 and the first time it’s exceeded 300 since August 29. Most (254) of Wednesday’s cases were considered domestic transmissions – of which 74% were in the Seoul area – while 68 were ‘imported.’

GKL and Paradise are forbidden from accepting local residents on their gaming floors, making them wholly dependent on ‘imported’ tourists or dual citizens holding international passports. Travel throughout Asia has slowed to a trickle, a phenomenon that is amply reflected in the revenue numbers posted by South Korea’s foreigner-only operators.

While the media reports cited Gangwon-do province as one of the impacted areas, it’s unclear what this means for Kangwon Land, South Korea’s largest casino and the only one at which local residents can legally gamble. As a state-run facility, the government is conscious not to be seen as running a ‘superspreader’ haven and previously hasn’t been shy about ordering Kangwon Land to shut and stay shut longer than its rivals.

However, Kangwon Land was already operating at a fraction of its normal capacity and, unlike its foreigner-only rivals, is located in a mountainous region around 200km north of Seoul. This geographic isolation might allow the casino to escape further restrictions just as it’s finally emerging from its recent hibernation.