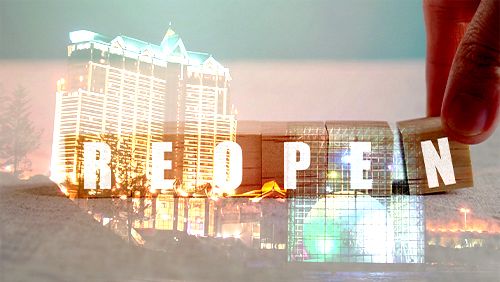 South Koreans can now get back to the casino. Kangwon Land Inc, the promoter of Kangwon Land has resumed operations at limited capacity, opening the doors to the only casino in the country that services locals.

Kangwon Land is allowed to reopen thanks to the recent end of South Korea’s Covid-19 shutdown orders, which expired on Monday. It may only accept customers on a limited basis however; VIP play is restricted to a maximum of 68 seats, and mas gaming areas top out at 750 people. In a press release on their website, the operator noted that this could be subject to changes.

Kangwon Land first closed in February when South Korea was one of the countries to shut down earliest from the Covid-19 pandemic. It reopened for VIPs in May, but was forced to close once again in August when the infection rate spiked for the country.

While Kangwon Land remains South Korea’s best earning casino, these shutdowns have hurt. The closure between May and August lost the casino KRW62.7 billion ($54 million). An early October update suggested that the casino’s revenues for 2020 will come in 67% lower than the year before, at KRW498 billion ($430 million).

But infection numbers have reduced quite a bit, with only 102 new cases reported on October 13. While a total of 24,805 have been infected throughout the year, new cases are low enough that the country can start easing back into normalcy. Gatherings are not currently limited, and clubs, karaoke rooms and bars have been allowed to reopen. Churches, which were responsible for the August spike, are limited to 30% capacity.

But the pandemic is still far from over. The 102 cases are actually an uptick from last week, caused by a handful of infection clusters, notably from hospitals, imported cases and gatherings of friends.

As long as the clusters aren’t coming from casinos though, Kangwon should be on track to hit their new yearly goal. That is, if another religious gathering doesn’t force a third shutdown for the year.