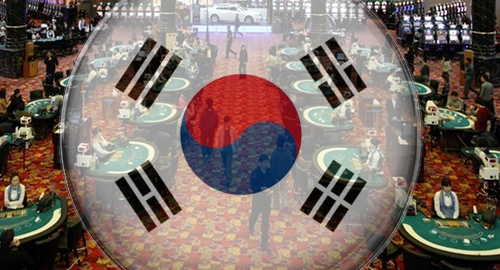 This past weekend, the Kangwon Land casino once again extended its pandemic shutdown, this time until 6am on Monday, October 12. The venue has been optimistically posting (and missing) reopening dates since it was forced to shut on August 23, the second time the property has turned out the lights since its initial shutdown in February.

The company said Sunday that this most recent shutdown has deprived it of around KRW62.7b (US$54m) in revenue, and that’s on top of the hundreds of millions of dollars it didn’t earn during the original shutdown and the temporary restart of VIP operations in May. The casino now expects its FY20 revenue will fall 67% from 2019 to KRW498b ($430m).

Kangwon Land is the only Korean casino that accepts local gamblers, which allows it to boast annual sales that surpass the other 16 foreigner-only casinos combined. But that privilege comes at the cost of greater scrutiny of issues such as problem gambling and, as the casino has discovered, protecting citizens from infectious diseases.

PARADISE CO UP FROM AUGUST, DOWN FROM LAST YEAR

Paradise’s September would likely have been much better had its flagship Paradise City resort not been forced to close for the first week of last month. For the year-to-date, Paradise Co’s total sales are off 54% to KRW261b.

Last month saw former K-pop star Seungri deny a series of criminal charges filed one year ago based on his activities overseas, including blowing nearly $2m in Las Vegas casinos over a nearly four-year period.

South Korea not only forbids its citizens from gambling at most of its domestic casinos, it can also impose significant prison terms on individuals whose overseas gambling is considered ‘habitual,’ i.e gambling for more than just ‘momentary pleasure.’

Seungri’s attorney said last month that gambling was not the primary purpose of his client’s US visits and argued that a true reading of the ‘habitual’ tag involves “not only the amount of money gambled, but all aspects including the total number of times gambled, duration, motive, and previous conviction.”

Seungri did plead guilty to violating the Foreign Exchange Transactions Act based on his purchasing $1m worth of casino chips and not reporting the transaction to Korean officials. His trial continues.

TEENAGE PROBLEM GAMBLING ON THE RISE

The number of K-pop stars who’ve been prosecuted for habitual gambling in recent years may be playing a role in the rising number of Korean youths experiencing problem gambling behavior. The Korea Center of Problem Gambling recently reported 981 teens underwent gambling addiction therapy last year, up from 714 in 2018. Alarmingly, the 2019 total was 14 times the youth numbers reported in 2015.

Sports betting was fingered as the biggest corruptor of youth with 60% participation among those in the treatment program, while casino-style games were well back at 34.6%. Not surprisingly, given local restrictions, nearly all the youths reported gambling online.