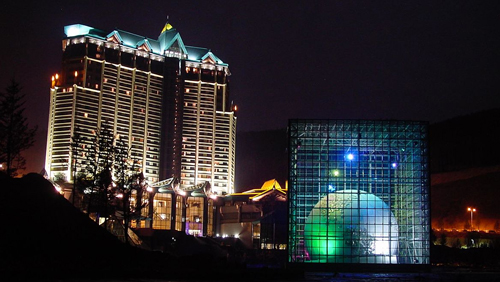 South Korea has only one casino that is able to provide its gambling services to country residents, and it has been dealing with a lot of pressure this year because of COVID-19. Kangwon Land first closed everything down in February because of the global pandemic, then got things back up and running in May. At the time, the idea was to allow high-rollers to visit in a test to see how well everything would go. That test fell flat as the coronavirus decided to make another run in the country, and the casino shut down once again. Confident there would be a stronger, healthier light at the end of the tunnel, Kangwon Land worked diligently to prepare for today, September 21, the day it would get back to business. However, based on an update provided last Friday, today’s not looking good either, and the gambling venue won’t be back up and running until sometime next month.

Kangwon Land provided the Korea Exchange with new information on Friday, explaining that the property will remain closed until 6 AM local time on October 5. The decision follows a move by South Korean officials to extend health protection measures in the country for an additional week as they continue to try to keep COVID-19 from spreading. The officials also plan on turning the screws on travel and other activities, which will impact the upcoming fall holiday that typically runs at the end of September.

Located only 93 miles from the 9.73 million people who live in Seoul, the country’s capital, the continued shutdown is bad news for the property’s bottom line. Already this year, revenue is substantially off, with the property reporting a 91.4% year-on-year drop across the first six months of 2020. That put the company’s take in the red, and it now expects to lose an additional $46.4 million from this Wednesday until it reopens next month. That figure is based on the daily average of casino sales across the first half of the year, but the actual losses could be higher if July and August activity were included.

There are now 22,975 record cases of COVID-19 in South Korea, according to the country’s Centers for Disease Control and Prevention. Of these, 82 were identified over a 24-hour period from Saturday to Sunday, an indication that, while control efforts are helping, there is still more work to be done. Earlier this month, it had been reported that the daily total of new positive cases had been in the triple-digit range since August 14.