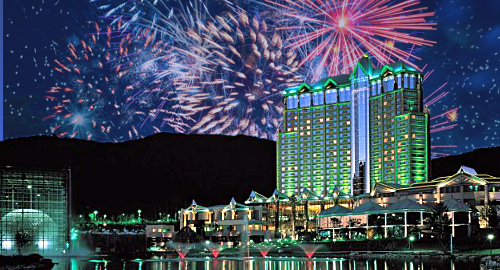 On Thursday, Kangwon Land casino, the only South Korean casino in which local residents are allowed to gamble, announced that it would reopen some of its offering to the public as of noon on Friday, May 8. That’s three days earlier than the company forecast late last month, when it issued the property’s seventh shutdown extension order.

With South Korea’s COVID-19 new infection rate having slowed to a trickle, Kangwon Land apparently feels it’s time to get back to earning. The company announced earlier this week that its lost revenue opportunity would likely total KRW286.8b (US$233.7m), based on 2019’s average daily revenue, but now says that the three-day advance opening will likely reduce this to KRW267.8b, so, er, hooray.

Kangwon Land’s share price currently sits at KRW24,550 ($20.14), about 20% below the level at which it started the year. However, that’s a good sight better than the KRW16,250 low it sank to on March 23, one month after its original closure order.

It’s not like Kangwon land’s rivals have gotten off much easier. Despite being first out of the reopening gate, Paradise said Thursday that its April gaming revenue totaled just KRW7.93b ($6.5m), down 86% year-on-year and off 57.8% from March 2020.

Small wonder, then, that Paradise’s flagship property Paradise City plans to hold a ‘Healing Concert’ on Saturday. Technically speaking, it’s a concert performed by disabled musicians, but the whole country — including its gaming sector — could probably use the healing power of music right about now.