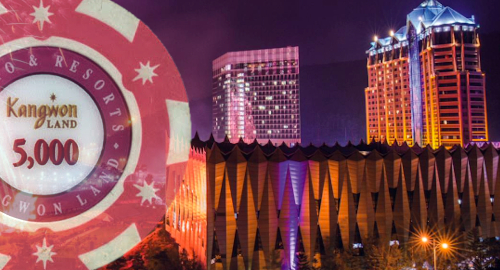 South Korea’s largest casino operator Kangwon Land posted another quarter of losses in the double-digit millions although it was a slightly smaller loss than the previous quarter.

On Tuesday, Kangwon Land released its financial report for the three months ending September 30, during which the casino operator booked a net loss of KRW40.9b (US$36.6m) versus a profit of KRW128.6b in the same period last year (and KRW4.6b better than Q2’s loss).

Of course, last year didn’t feature a global pandemic that resulted in South Korea’s largest casino – and the only one legally permitted to welcome local residents on its gaming floor – shutting down not once, but twice due to the country’s struggles to lower its COVID-19 infection rate.

As the only Korean casino to accept locals, and the fact that the venue is state-owned, Kangwon Land is under greater scrutiny in terms of trying not to become a potential COVID-19 super-spreader. Kangwon Land was shut longer than most of its foreigner-only casino rivals, not reopening until mid-October, and even then at 50% capacity on its main gaming floor.

JP Morgan analysts reported Wednesday that Kangwon Land’s mass market performance since mid-October was currently running at around 50% of its 2019 levels, while VIP gambling was only 10% off its pre-pandemic performance.

Assuming its VIP win rate is within the normal range, the analysts suggested Kangwon Land may already be back at an earnings breakeven point. If the government allows the property to lift its capacity restrictions, the casino could make up some valuable financial ground before the year is through.