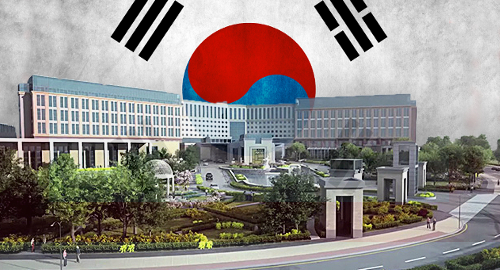 South Korea’s casino operators are going dark as the country struggles with a second wave of COVID-19 infections.

South Korea’s pandemic infection rate began to spike a few weeks ago and the situation has now grown sufficiently dire that the government has scrambling to double its number of critical-care hospital beds. On Tuesday, there were fewer than 10 such beds available in the greater Seoul area and the government has allocated KRW100b (US$84m) to ensure greater supply should the situation grow even worse.

Earlier this week, Paradise Co Ltd was forced to temporarily close its flagship Paradise City casino in Incheon after a restaurant staffer tested positive for COVID-19. The property underwent a thorough disinfection process and was expected to reopen on Thursday.

But Paradise said Thursday that the resort (pictured) would remain shut until at least 6am on Monday, September 7. The company offered no reason for the deferred opening timeline, saying only that it was a “pre-emptive measure” meant to ensure the safety of both guests and staff.

Monday is also the latest reopening target for Kangwon Land, South Korea’s biggest casino and the only one that allows local residents to gamble. The property originally shut down in late-February, reopened on a VIP gambling-only basis in May but never got around to welcoming guests back to its main gaming floor.

Two weeks ago, Kangwon Land was once again forced to shut all operations as infections surged. The property suggested it might reopen on August 29, but that date came and went without any change in the country’s pandemic threat level. Few impartial observers actually expect the property to meet its Monday target.

Paradise’s main foreigner-only casino competitor, Grand Korea Leisure (GKL), announced Thursday that August sales at its three venues were down more than three-quarters from the same month last year. August 2020’s results were also 11% below July’s revenue, spoiling the 13.7% rise that July enjoyed from June. August’s slots sales down 32% from July while table games were off a more modest 5.4%.

On Friday, New Silkroad Culturaltainment Ltd, which operates a foreigner-only MegaLuck-branded casino in a hotel on South Korea’s Jeju Island, said it lost HK$43.5m in the first six months of 2020 (slightly better than earlier forecasts). The company’s casino was forced to close this spring and has yet to reopen, in part due to “a sharp reduction of number of tourists to Jeju.”

With inbound tourism negligible, South Korea’s foreigner-only casinos are relying on ex-pats already residing in the country. But that well can only be tapped so often, leaving the country’s gaming industry with little options at their disposal other than to pray for a miracle.