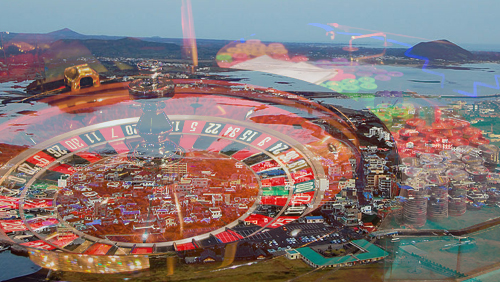 South Korea’s Jeju Island has a lot of potential as a gambling destination, but continues to experience certain difficulties that are beyond its control. Casino operators such as Landing International and New Silkroad Culturaltainment have massive developments planned for the island that they continue to expand, and would like to complete as soon as possible. Delays in any major construction project are always to be expected, and throwing in something like a massive global pandemic doesn’t help the situation. New Silkroad, which is behind the Glorious Hill resort, will most likely need more time to fully roll out the venue as it looks to recover from the economic losses incurred because of the coronavirus. The company just released a financial update this week, indicating that its second-quarter health would be nowhere close to what it previously thought – and the previous expectation was already well into the red.

According to Silkroad’s filing (in pdf) with the Hong Kong bourse, the first half of the year is going to see losses of around HK$47 million ($6.06 million). Given that the first half of last year saw losses of HK$23 million ($2.96 million), the prognosis isn’t very optimistic. Silkroad placed the blame squarely on its operations on Jeju Island, explaining that the “significant drop in revenue from the Group’s entertainment business in Jeju, Korea … brought by the outbreak of the novel coronavirus pandemic since January this year and the imposition of local travel and entry restrictions by the Korea government” had resulted in “a sharp reduction of tourists to Jeju, Korea.”

New Silkroad also operates the MegaLuck casino inside the KAL Hotel on the island, which has experienced drops in revenue for the past couple of years. In 2018, the venue was responsible for 45.5% of the company’s business, but this dropped to 39.1% last year when its revenue took a 20.2% hit and only reached HK$82.6 million ($10.6 million). It will now become even more difficult for the company to find the necessary backing to complete the Glorious Hill resort.

Gambling isn’t the only thing that has taken a hit. If anyone thought that a major global lockdown would have led to massive alcoholism, New Silkroad’s performance would seem to indicate otherwise. Also adding to the decrease in the company’s health, its wine business, the Shangri-la Winery, saw its revenue drop, as well. This, according to New Silkroad, can be attributed to “slack market momentum.”

In order to put the company back on course, New Silkroad has already begun to launch “cost reduction measures to counteract the current situation and will closely monitor the market development for prompt response.” With losses that are expected to be twice as large as the previous year’s deficit, steering the ship will become much more difficult.