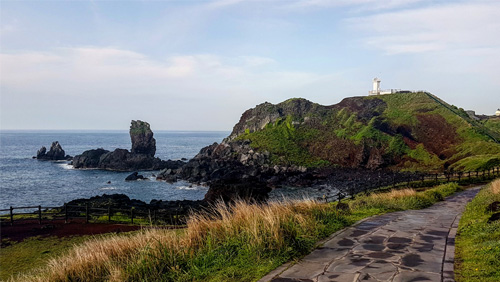 Jeju Island, South Korea is a unique international travel hotspot that offers diverse activities for tourists. This is part of the reason it has been chosen as an ideal location for casinos and integrated resorts (IR), with eight of the country’s gambling venues located there. At least two more IRs have been planned, including Landing International’s Jeju Shinhwa World and New Silkroad Culturaltainment’s Glorious Hill, but development isn’t occurring as quickly as anticipated. Both of these properties are way behind schedule and developers are in the process of trying to secure more funding to keep their South Korean island dreams alive.

According to a filing by Landing, it is going to issue new shares so that it can gather additional capital to continue working on its IR on Jeju. The company, which already operates the Landing Casino at the site, is ready to place 586,979,742, increasing its issued shares by 20%, at $0.23 each. That will allow it to pick up just under $17.7 million in net proceeds to help cover the more than $1-billion price tag of the property.

Landing has had a difficult couple of years, and last year’s final numbers weren’t impressive. In 2018, the company reported a loss of around $90.4 million, and 2019 was worse with a reported loss of $274.7 million. The bulk of that negative impact came from Landing Casino, which saw its revenue drop by 85.7%.

In order to try to put the casino back on track, it is going to start to “regularly organize regional and global poker and baccarat gaming tournaments as part of its ongoing efforts to promote and position Jeju Shinhwa World as a desirable destination resort.” In addition, it will host “marketing promotions, events, reward scheme, competitive mass and VIP gaming programs will launch continuously to energize the business in the future.”

Jeju Shinhwa World now remains completely in doubt. Despite having asserted three years ago that it had all the financing needed to cover the development, Landing has acknowledged several delays already. $17.7 million against over $1 billion won’t go very far.

Just over a year ago, New Silkroad announced that it had been authorized to proceed with Glorious Hill’s expansion. Jeju Island’s governor, Won Hee-ryong, gave his approval for the project, which was to be developed in conjunction with Melco International Development. That was a huge milestone for the project, as it had been on the table since 2016 and was being billed as “one of the largest integrated resort complexes in South Korea.” Now, its future is entirely up in the air.

Last year, the company said that it had turned a profit in 2018 and was expecting to continue that momentum through 2019. However, it has run into some difficulty and development has stalled. New Silkroad explains, “Although the relevant hotel development approval has been obtained, the land development of Glorious Hill in South Korea has not commenced due to a delay in project financing.”

Jeju suffered a drop in visitation last year that hurt all casino operations on the island. Add to that the impact from the coronavirus pandemic, and liquidity quickly becomes a scarce commodity. As with virtually everyone else in the gaming industry, Landing and New Silkroad are in a holding pattern, hoping that the global economy can rebound soon.