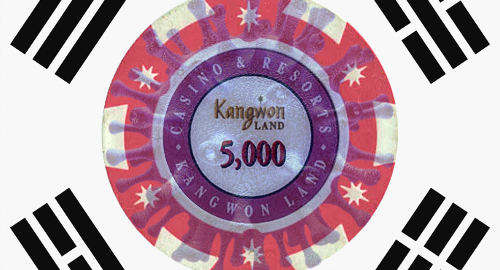 South Korea’s casino industry continues to struggle to get out from under its COVID-19 restrictions, as its largest operator remains shuttered with no definite reopening on the horizon.

Last week, the board of directors at Kangwon Land, the nation’s largest casino and the only one at which local residents can gamble, announced the property’s latest delay in its reopening schedule. The new anticipated reopening is Monday, July 13, although the board will reassess the situation this Friday and nobody really expects anything beyond kicking this COVID can a little further down the road.

The state-run Kangwon Land shut its doors in February as the nation’s pandemic infection rate spiked. Tentative plans to reopen the property have come and gone in tandem with the rise and fall of that rate, which reported over 60 new cases for three straight days before falling below 50 on Monday.

South Korea’s inability to get its infection rate under control has prevented the government from relaxing restrictions on international travel, which is playing havoc with the nation’s other casino operators, all of which rely on foreign passport holders for customers.

Korea Tourism Organization stats released Monday revealed that the number of international tourists who visited the country in May totaled only 6,111, compared with 1.23m in the same month last year.

Paradise Co Ltd, which operates four foreigner-only casinos, reported gaming revenue of just KRW13.8b (US$11.5m) in the month of June, down 80.8 % from the same month last year. Even more depressing, June’s total was 53.6% below the sum generated in May, which was the first full month of operation following Paradise’s post-COVID reopening.

In the last week of June, Paradise announced a slew of emergency cost-cutting measures, including convincing one-fifth of senior management to either retire or accept long-term uncompensated leaves of absence. The company also announced the ‘temporary’ closure of a number of non-gaming amenities at its flagship Paradise City resort near Incheon.

Paradise rival Grand Korea Leisure, which operates three foreigner-only casinos, has yet to release its June figures but they are expected to be equally grim. Barring some miraculous turn of fortune, it appears increasingly likely that some of the market’s minnows will not survive the current situation.