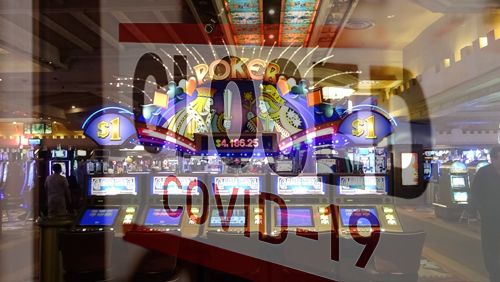 South Korean gambling aficionados got a little bit of bad news today. Just as they were limbering up their gaming fingers to hit Kangwon Land, the only casino in the country where locals can gamble legally, the venue has been forced to halt its plans to open its main gaming floor. Predictions that have circulated of a possible revival of the coronavirus have come true, at least partially, and South Korea is witnessing a sudden spike in cases. Hopefully, the increased level of knowledge now shared on the virus will make this resurgence short-lived.

Kangwon Land closed its doors on February 23 in response to the coronavirus pandemic, subsequently coming back to life on May 8. However, the main gaming floor was still not put back in operation at that time, giving VIP gamblers unfettered access to their usual stomping grounds. In anticipation of a larger reopening, and as a means to recover lost revenue, the casino had planned on offering more gaming tables and longer operating hours when it welcomed back the mass gaming segment today.

That’s no longer a possibility, at least not in the short-term. According to South Korean officials, the country saw 40 new COVID-19 cases in a 24-hour period from Tuesday to Wednesday. It was the biggest jump experienced by the country in almost two months, and 36 of the patients were determined to have resided in the same area in Seoul. Even beyond the sudden spike, South Korea had acknowledged a steady, but slow, increase in coronavirus cases over the past couple of weeks. To date, the country has recorded a total of 11,265 patients and 269 fatalities due to the virus.

Leading up to the reopening of the main gaming floor, Kangwon Land was ready to put its first-quarter performance in the rear-view mirror. For the first three months of the year, it saw a loss of $127.3 million, compared to a profit of $82 million a year earlier. South Korea’s Ministry of Culture, Sports and Tourism had given the casino approval to add 20 gaming tables to the operations, as well as to extend its daily operating hours from 18 to 20. That would have put the casino at the same level it enjoyed before 2018, and the changes were expected to remain in place until the end of the current license period, which will expire in 2023.

When the announcement of the changes was made last week, JP Morgan Securities (Asia Pacific) analysts saw it as a good sign. They considered it to be an indication of how regulators viewed the casino’s operations and stated, “From what we understand, the increased capacity and operating hours will stick throughout the licence term until the end of 2023, which will be a boon for this (severely) capacity-constrained casino for coming years.” However, they demonstrated a pragmatic, level-headed approach to the venue’s overall performance capabilities, stating that they were “not making any adjustments yet, given (still) limited visibility on [full] casino reopening and effective capacity under social distancing.” That was definitely the right call, given the circumstances.