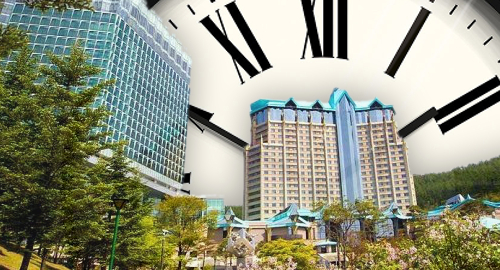 On Tuesday, Kangwon Land – the only South Korean casino in which local residents are allowed to access the gaming floor – informed investors that the Ministry of Culture, Sports and Tourism had notified the company of “changes in the conditions for re-licensing the casino business.”

Said changes include boosting the number of mass market gaming tables from its current 160 up to 180, while the casino has been granted permission to extend the number of hours it’s allowed to operate per day from 18 to 20. The company implied that the changes won’t take immediate effect, as they “will be discussed separately with the Ministry of Education.”

Kangwon Land’s current three-year license wasn’t technically due to be renewed until December, but analysts expect the expanded hours and table numbers will be enshrined in the new license that will extend through the end of 2023.

The changes will restore Kangwon Land to where it was over two years ago, before the government ordered reductions in tables and hours after expressing alarm at growing problem gambling numbers among local residents. Kangwon Land tried introducing various ‘cooling off’ measures to temper locals’ gambling appetite but the government chose to intervene nonetheless.

It’s unclear what prompted the government to reverse its previous stance, although the fact that Kangwon Land is majority owned by the national and Gangwon-do provincial governments probably didn’t hurt. The property has been bleeding cash for the past three months, and it’s time to get this red ink off the government ledgers.

Kangwon Land reopened to the public on May 8 after shutting its doors on February 23 as the COVID-19 pandemic swept across the country. The company subsequently announced that it had booked an after-tax loss of around US$127m and the entire shutdown was estimated to have cost the company over $218m.