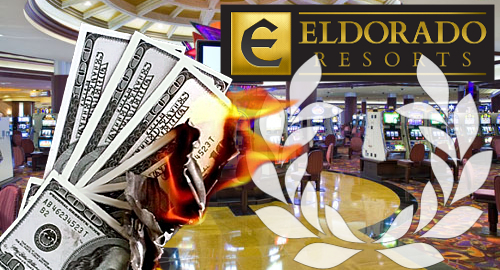 Casino operators Caesars Entertainment and Eldorado Resorts both reported steep declines in their first quarter revenue but optimism abounds as the companies plot their reopening once the COVID-19 all-clear sounds.

Figures released Monday show Caesars generated revenue of $1.83b in the three months ending March 31, a 13.6% decline from the same period last year, while adjusted earnings fell 47% to $299m and the company booked an operating loss of $66m. Caesars posted a $189m profit, although that profit was primarily due to the company’s byzantine debt accounting finally producing something positive.

Like all casino operators, Caesars was forced to shut its venues in mid-March as the COVID-19 pandemic spread. Caesars CEO Tony Rodio said revenue through February was up 12% year-on-year thanks in part to favorable gaming hold rates. Caesars saw gains across all geographical segments, with particularly strong growth in Las Vegas and Indiana.

Caesars has about $2.6b in cash and equivalents to ride out the pandemic storm but is burning through $9.3m per day, despite having furloughed 93% of its staff. The company said it was using the shutdown to evaluate cost centers “to ensure prudent spending as properties come back online and identify areas where we can permanently reduce expenses.”

Caesars also detailed plans for a ‘phased reopening’ of its properties that will be directed by consumer demand and capacity, particularly in markets in which Caesars operates multiple casinos. In Las Vegas, Rodio indicated that Caesars Palace would likely be the first to open, with as many as four Strip properties opening if demand warrants (and the state okays).

Other markets Caesars intends to focus on reopening first will be its three casinos in Atlantic City, two in Lake Tahoe and two more in Iowa. Louisiana announced Monday that it will allow its casinos – Caesars operates three in the state – to reopen this Friday (15) albeit at only 25% of their normal capacity.

Rodio expects Caesars’ regional markets will rebound quicker due to the lack of air travel required to access those properties. However, sports betting was a major driver of foot traffic at those regional casinos, and there’s currently not much sports on which to wager.

Like Rodio, Eldorado CEO Tom Reeg noted how well his company had been performing through February, with revenue up 6.6% and earnings rising nearly one-quarter. Based on his view of other reopened sectors of the economy, Reeg expressed confidence that casinos would see a similar “enthusiastic recommitment” from consumers.

Despite the disruptions caused by the pandemic, both Caesars and Eldorado have continued to insist that their mega-merger will get done by the end of June. On Monday, Reeg hedged that bet, saying there was a “slim” chance that gaming regulators in the three states – Nevada, New Jersey and Indiana – that have yet to sign off on the deal might not be in a position to meet that timeline, which could push the deal’s closing into July.

The merger also requires the approval of the Federal Trade Commission but the parties eliminated some potential antitrust roadblocks through last month’s sale of three properties in Atlantic City, Louisiana and Nevada to regional rival Twin River Worldwide Holdings.

Reeg revealed that the original deal to sell those three casinos to Maverick Gaming fell apart because Eldorado was concerned that the deal “was going to be problematic for the FTC to approve,” although Reeg declined to specify what problems might have arisen.

Eldorado furloughed the vast majority of its staff in April and Reeg said staff would only be reactivated as consumer demand warranted. Reopening will require higher costs for extra sanitary measures but Reeg said this would be more than offset by cutbacks in other areas, strongly suggesting that his casinos’ buffets won’t return even after the pandemic is history.

Caesars shares closed Monday’s trading down less than 1%, while Eldorado’s shares slipped more than 2% but gained over 6% in after-hours trading.