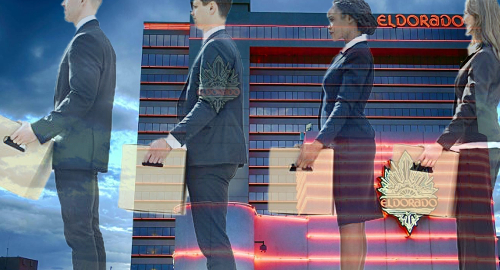 Casino operator Eldorado Resorts has bowed to the inevitable and is planning to stop paying thousands of staff as the pandemic-related closures of its operations show no signs of lifting anytime soon.

On Thursday, CDC Gaming Reports revealed the contents of an Eldorado memo to its staff detailing plans to halt wages for employees at the company’s three casinos in Reno, Nevada, while health benefits will now be paid through June 30. The memo said the company expected the furlough to be “temporary (less than three months).”

Eldorado had previously committed to paying staff through Friday (10), despite the fact that the casinos have been shut since mid-March on the orders of state authorities. Similar memos have reportedly been issued to staff at all of Eldorado’s 23 casinos across 11 states.

Nevada’s governor recently extended his state’s closure order through the end of April and authorities in other states have suggested similar timelines for even considering reopening large public venues. Eldorado rival Boyd Gaming furloughed the majority of its staff earlier this week, one of many gaming operators forced to take this drastic step.

Some other operators, including Las Vegas Sands, Wynn Resorts and Station Casinos, plan to continue paying staff through mid-May, although what happens after that is anyone’s guess.

Unite Here, the casino workers main union, said this week that casinos have a duty to look after their staff during the current crisis. Unite Here president Donald Taylor noted that gaming operators hold “privileged” licenses issued by the states, and suggested that states should pressure casinos to continue paying staff for the duration of the shutdown.

Trouble is, many operators simply don’t have the cash. The American Gaming Association (AGA) recently estimated that the closure of Atlantic City’s nine casinos was doing a $540m hit to monthly revenues – both in direct casino operations and related businesses – while other estimates put the national toll at over $43b in the next two months alone.

The ripple effect of casino closures was on full display this week in Springfield, Massachusetts, host city of MGM Resorts’ local casino. MGM was supposed to make a payment of around $7.8m to the city on April 1 but only managed to pay $5.5m.

MGM Springfield’s president said the casino would eventually “satisfy its legal obligations to the city,” but for the moment it “appreciates the mayor’s cooperation and understanding” during the current crisis. Mayor Domenic Sarno expressed sympathy with MGM’s plight but said Springfield “needs to maintain the revenue collected from MGM in order to provide essential city services.”

The nation’s tribal casinos are even more important to their local communities, and the shutdown has left 296k staff out of work and resulted in around $4.4b in lost economic activity over the past two weeks, according to Meister Economic Consulting.

The AGA continues to press the federal government to toss the gaming industry some stimulus bones, including payroll support through the Small Business Administration’s Paycheck Protection Program.

President Donald Trump claims to be mulling the idea, but the AGA is keeping the pressure up. AGA president Bill Miller wrote Trump a letter on Wednesday, offering up a mixture of flattery and pointed reminders of the hit the overall economy is taking from the shuttering of the entire US casino sector.