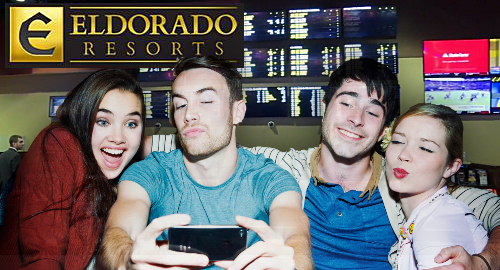 Regional casino operator Eldorado Resorts said dodgy weather did a number on its Q1 numbers while its CEO dodged questions about a potential tie-up with Caesars Entertainment.

Comparatives with the same period last year are somewhat moot, given last spring’s transformative $1.85b acquisition of Tropicana Entertainment, not to mention a couple Pennsylvania properties changing hands and the addition of the Grand Victoria Casino in Illinois. Besides, it’s a Friday and we’re bone-idle lazy.

The gains came despite the usual Q1 spate of inclement weather, leading Eldorado CEO Thomas Reeg to declare that he’d “heard enough about bomb cyclones and polar vortexes to last me for quite some time.”

Early in the analyst call, Reeg addressed the rumors of Eldorado making some kind of play to acquire its bigger rival Caesars. Investor Carl Icahn, who controlled Tropicana before the sale to Eldorado, has acquired over one-quarter of Caesar’s shares and appears eager to wring extra value out of this emperor’s faded legacy.

But Reeg played his cards close to his vest, declining to comment on any particular transaction, “but if there are targets that you might think would be a good fit, then you would be safe to assume we would be taking a hard look.”

Reeg was more interested in talking about the impact sports betting has had on Eldorado properties in states that have legalized wagering. Eldorado rival Penn National Gaming said this week that betting was driving record growth at its table games and other verticals and Reeg said table drop at its Tropicana casino in Atlantic City was “up meaningfully on days where there are significant sporting events.”

Reeg said he was “very pleased” with the initial results from betting, noting that the activity “skews younger” and was “bringing in a customer base that has not been coming to our properties.” Reeg noted that betting had done “considerably well” at Eldorado’s Mountaineer Casino in West Virginia, which reported earnings up 30% during the quarter.

Eldorado has struck sports betting partnerships with both William Hill and The Stars Group and Reeg said his company was working with Hills to “figure out how to capitalize in states where we’re going to be able to offer [betting] shortly.”