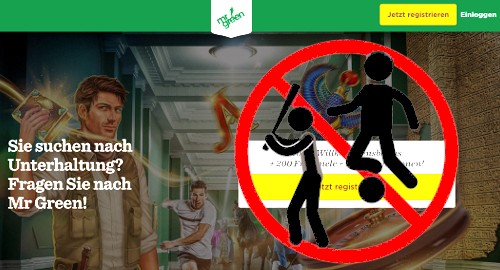 On Monday, the Malta-based Mr Green’s online gambling affiliate marketing partners reported receiving emails saying the operator was “closing all German sports betting operations with immediate effect.” As such, affiliates were asked to “remove all sportsbook content from your German marketing channels as soon as possible.”

The message cited “recent gambling regulatory changes in Germany” as the cause behind the company’s shift. German politicians agreed on a new temporary federal gambling treaty last spring that officially took effect on January 1. In December, German regulators warned that any company that continued to operate sports betting to German punters after that date without applying for a new license would be “liable to prosecution.”

William Hill made a deal to acquire Mr Green’s parent company MRG in 2018 and Mr Green has proven a strong contributor to Hills’ international market revenue, particularly on the gaming side. Mr Green is primarily known as an online casino brand, having only added a sports betting product in mid-2016, so its German-facing sportsbook was almost certainly not the site’s primary earner.

Germany recently announced that it had received 11 applications for new betting licenses and seven other operators had offered “binding announcements” of their plans to submit license applications “at short notice.” The 16 German states have given themselves until July 1, 2021 to hammer out a permanent treaty, which advocates hope will include a wider variety of online options, including in-play betting, online casino and poker games.