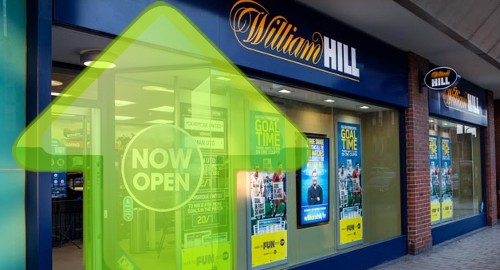 On Monday, Hills released a trading statement saying it expects its 2019 adjusted operating profit to come in between £143m-£148m, beating expectations by both markets and management of around £130m. The official figures will be released on February 26.

UK online revenue also benefited from December’s betting results, offsetting “weakness” in UK online casino performance. The situation was reversed in Hills’ international online business, where “weak” betting revenue was partially offset by gaming’s rise, most of which was attributed to its Mr Green brand.

Hills said it now expects its William Hill US division to breakeven in 2019 thanks to wagering growth and “disciplined investment.”

Hills CEO Ulrik Bengtsson said the firm had delivered “a strong operating performance, ahead of our expectations and against a challenging regulatory backdrop.” Hills’ shares closed out Monday’s trading up less than 1%.

Despite the apparently positive momentum, Hills announced Monday that CFO Ruth Prior was stepping down to rejoin the private equity sector after two years with Hills. Prior’s contract requires her to give Hills 12 months’ notice of her intention to leave, and Hills said the search for her replacement is already underway.

Meanwhile, Hills’ shrinking retail footprint shrunk some more this weekend with the news that the company had sold 33 betting shops in Northern Ireland and two in the Isle of Man to Irish operator BoyleSports. Terms of the sale weren’t disclosed but all 220 of Hills’ former staff will “transition to BoyleSports employment retaining all existing terms and conditions.”

The move will bring Boylesports’ total Irish retail betting presence to 298 shops, giving the company the largest number of shops on the island (alongside a growing UK business). The shops will retain their Hills branding until the transition completes by the end of Q1.