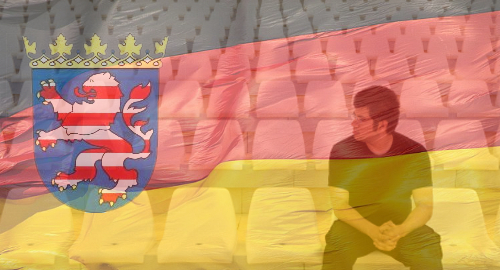 Germany’s online sports betting overseer is getting antsy over the fact that no German-facing operators have yet felt the need to apply for a stopgap betting license.

On Wednesday, Hessian Minister of the Interior Peter Beuth informed the state parliament that not a single German-facing online gambling provider had submitted an application to the Regional Council of Darmstadt for a new betting license, despite having been “extensively informed” of the consequences that await regulatory slowpokes.

In March, Germany’s 16 states approved a stopgap federal gambling treaty that is intended to hold the regulatory fort until the terms of a permanent treaty can be established by July 1, 2021. The idea was to allow German-facing sports betting operators to apply for licenses this year, with the new regime taking effect on January 1, 2020.

The slow uptake by German-facing operators can be explained by two likely causes: dissatisfaction with the stopgap treaty’s terms – no online casino games, no in-play betting, a 5% tax on betting turnover and strict customer spending limits – as well as the consistent failure of Germany’s regulatory efforts to survive the scrutiny of the European Union (or local courts).

Beuth also chastised his counterparts in other German states, warning that if they can’t agree to terms on a permanent treaty that prove acceptable to both regulators and operators, Hesse “will have to introduce its own gambling law.”

The state of Schleswig-Holstein has already provided the model for this independence, having previously issued dozens of licenses under its more hospitable online licensing model, which allowed online casino games.

In July, the Regional Council of Darmstadt warned betting operators that they wouldn’t qualify for online betting licenses if they continued to offer casino products. The Council repeated this warning last month, warning that financial watchdogs will amp up their efforts to combat online casino payment processing.

Some operators have indicated that they intend to navigate this prohibition by separating their betting and casino products into standalone sites and then letting the legal challenges play out while pressing for casino products’ inclusion in the new permanent federal treaty.

GVC Holdings’ Bwin brand, which was one of the operators granted a license in Schleswig-Holstein, appears to be treating the German market like its business as usual, having recently launched a new advertising campaign built around German football. The ‘This is our game’ TV commercials build on Bwin’s sponsorship of five German football clubs.