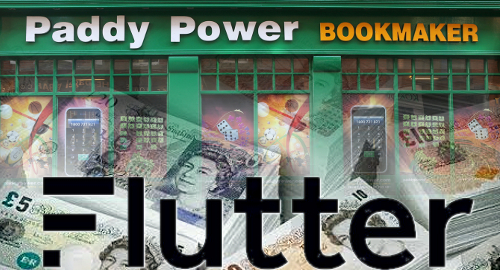 UK-listed gaming giant Flutter Entertainment is relying on its US market growth to offset declines in both retail and online business at home.

On Thursday, Flutter – the artist formerly known as Paddy Power Betfair – issued a trading update covering the three months ending September 30, during which revenue rose 10% to £533m, with sports betting up 11% to £417m and gaming rising 8% to £116m.

Around four points of Flutter’s Q3 growth was due to contributions from the Republic of Georgia’s leading gambling operator Adjarabet, which Flutter acquired in February. Flutter’s Q3 growth was also significantly slower than the 17% rate it enjoyed in Q1 or the 18% reported during the first half of 2019. Investors didn’t care, pushing the stock nearly 3% higher by the end of Thursday’s trading.

Total online gambling revenue outside Australia and the US slipped 1% to £247m, a fall the company blamed on a poor comparison with a World Cup quarter last year and recent ‘switch offs’ in certain European grey/black markets.

Online betting was down 6% to £163m as stakes fell 13% year-on-year and the Betfair betting exchange revenue dipped 9%. Online gaming revenue rose 11% to £84m, although this was 2% lower than Q2’s figure, reflecting the company’s transition away from high-rollers to “a more sustainable customer base.”

Retail revenue slid 9% to £75m, with a 37% decline in gaming machine revenue (£17m) – thanks to the April 1 imposition of a £2 maximum stake for fixed-odds betting terminals – more than offsetting a 5% rise in over-the-counter sports betting (£58m).

Flutter optimistically noted that the rate of FOBT decline had slowed from Q2’s 44% and continued to slow in the early days of Q4. Flutter CEO Peter Jackson claimed that the closure of many of its competitors’ UK betting shops is accelerating this positive trend.

Flutter’s Australian-facing Sportsbet brand reported revenue up 19% (in local currency terms) to £119m despite stakes falling 11%. Favorable sports results pushed margins to a healthy 11.4% and allowed the site to boost its “targeted customer generosity,” which it claims will serve the site well in Q4 (although there will be an earnings hit from those ‘unfairly canceled’ AFL wagers).

Flutter’s 2018 acquisition of FanDuel’s US-facing operation drove US revenue up two-thirds to £91m, with sports rising 55% to £76m while strong cross-sell pushed online casino up 174% to £15m. FanDuel launched legal wagering in five new states during Q3 and a sixth (Indiana) since the quarter ended. FanDuel’s online sportsbook customers currently stand at around 250k, up 50k since early October.

While the costs of this US expansion aren’t insignificant, FanDuel’s gains have been significantly outsized that Flutter has lowered its expected US market earnings loss from its earlier estimate of £55m to between £40m-£45m. The 2019 earnings outlook for the rest of Flutter’s business remains unchanged at £420m-£440m.