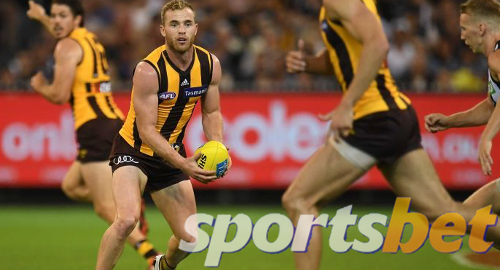 Australian online sports betting operator Sportsbet has been ordered to pay millions to bettors whose winning wagers were “unfairly canceled.”

On Thursday, the Northern Territory Racing Commission (NTRC) issued a ruling on a dispute involving Sportsbet and an undetermined number of punters who’d placed wagers on whether any Australian Football League player would have 40 or more disposals – moving the ball legally to another player – during round 10 of the 2019 AFL season.

Sportsbet’s offer was enthusiastically accepted by numerous punters who took the ‘no’ side of this wager, given that the previous AFL rounds featured only four matches in which any player had 40+ disposals. But Sportsbet cancelled these wagers prior to the first game of round 10, citing its right to revoke wagers based on “obvious or manifest errors”.

When all nine legs of round 10 resulted in no player topping 40 disposals, punters howled with outrage at their lost payday – wagers on these markets would reportedly have paid out an average of AU$1.75 – and filed a complaint with the NTRC, which regulates Sportsbet’s activities.

Thursday’s NTRC ruling stated that “it would not be outrageous to see the prices offered in error on offer,” therefore it was the NTRC’s view that each of the individual pricing errors “do not meet its threshold requirement to uphold a finding of obvious error.”

As a result, “all persons who made a winning bet on any or all of the nine Sportsbet AFL +40 betting markets … are entitled to be paid the full amount of the winning bet that was struck.” It’s unclear how many punters are owed how much, although previous estimates had around 2,000 gamblers owed as much as AU$9m.

Following the ruling, Sportsbet’s official Twitter feed announced that it would “accept the umpire’s decision today and we will be topping up the accounts of the affected customers,” adding that the company woud “be in touch with those impacted as soon as possible.”

In August, the NTRC sided with Sportsbet after a punter complained that the bookmaker had voided 16 multi-bets placed on AFL and National Rugby League matches based on the operator’s claims that the odds on offer were palpably wrong. The NTRC concluded that Sportsbet was within its rights to void the bets but nonetheless chided the company for not making the effort to inform the punter regarding its action at the time.

Sportsbet is the Down Under division of Flutter Entertainment (formerly Paddy Power Betfair), which is in the process of merging with The Stars Group.