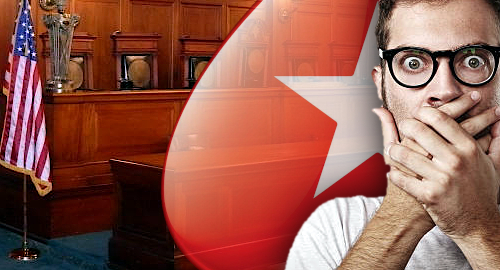 UK gambling giant Flutter Entertainment is reeling after Kentucky’s highest court ruled the company owed the state over $1.2b in damages stemming from its PokerStars brand’s legacy operations.

On Thursday, the Kentucky Supreme Court voted 4-3 to reinstate an $870m judgment issued in 2015 against PokerStars’ then-owner Amaya Gaming by Franklin Circuit Court Judge Thomas Wingate. The sum represented a trebling of the $290m judgment Wingate originally imposed against Stars.

The judgment followed a civil suit brought by the state against a host of online gambling operators deemed to be serving Kentucky bettors without its permission. Some operators cut deals with the state but Stars, then controlled by Isai Scheinberg and his son Mark, decided not to knuckle under.

PokerStars was later acquired by The Stars Group (TSG), which in 2018 celebrated a Kentucky Court of Appeals ruling that overturned the lower court’s judgment. However, the state vowed to appeal, leading to Thursday’s bombshell announcement.

The Kentucky Supreme Court’s majority ruling said the $870m judgment was “certainly not a windfall” but rather “a recoupment of some portion of the countless dollars the criminal syndicate [aka Stars, in case you were wondering] has cost Kentucky collectively and Kentuckians individually.” The Court even had the stones to claim that the amount recovered “may not cover the actual cost suffered” by the state.

Thursday’s ruling tacks on 12% annual interest on top of the $870m principal, bringing the outstanding tab to nearly $1.3b. Gov. Andy Beshear called it “a good day for Kentucky,” claiming that the money would be used to help the state “emerge from this painful pandemic.”

Flutter, which didn’t formally acquire TSG until this May, issued a statement claiming to be “wholly surprised” by the ruling, which the company “strongly disputes.” Without getting into specifics, Flutter claimed there were still a few arrows in its legal quiver, so investors need not panic just yet.

Flutter noted that Stars’ total revenue derived from Kentucky during the period in question – from the 2006 passage of the federal Unlawful Internet Gambling Enforcement Act to Stars’ inglorious exit from the US market following its April 2011 ‘Black Friday’ indictment – was only around $18m and Flutter says its lawyers have advised the company that “any amount it ultimately becomes liable to pay will be a limited proportion” of the billion-plus award.

The statute under which Kentucky sought redress was the Loss Recovery Act (LRA), which allows third-parties to sue gambling operators for other peoples’ losses. These third parties can claim up to three times the value of gamblers’ losses, even if the parties are complete strangers.

The Court rejected Stars’ argument that the state had failed to identify a single resident who’d actually lost money on the site, nor what precise sum any individual(s) had lost. The Court had a similarly dismissive attitude toward Stars’ claim that the state wasn’t a ‘person’ as defined under the LRA.

Stars also attempted to argue that money lost by its Kentucky customers was lost to other players, as the site itself only took a rake of their pots. The Court rejected this argument, citing a 19th century precedent that the ‘house’ is indeed a winner even if it’s not acting as the bank.